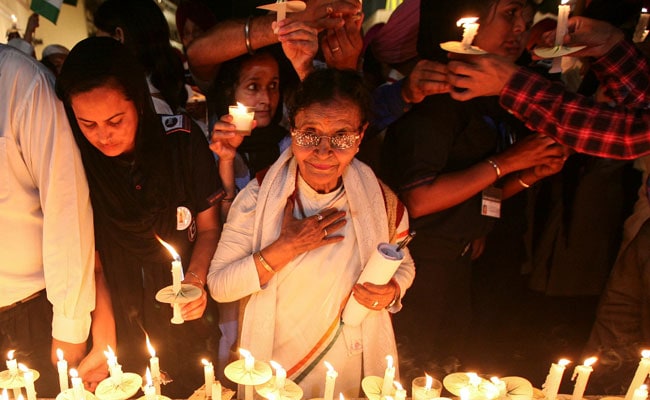 Today marks 100 years of the Jallianwala Bagh massacre that dates back to 1919 when British troops fired on thousands of unarmed people gathered for a peaceful protest in Amristar.

At least 400 people were killed after some 50 British soldiers opened fire within the walled enclosure in Jallianwala Bagh, still pocketed with bullet marks from 100 years ago. The massacre was a symbol of colonial cruelty and was, earlier this week, condemned by British Prime Minister Theresa May in the parliament. She referred to the tragedy as "shameful scar on British Indian history". The Prime Minister however, did not issue a formal apology.

Congress chief Rahul Gandhi visited the memorial and paid his respects. Vice President Venkaiah Naidu, is to later visit Jallianwala Bagh National Memorial to pay his tributes. Hundreds had held a candlelight march in Amristar on Friday evening to mark the tragic day.

Here are the highlights on 100 years of Jallianwala Bagh massacre:

Amritsar, Punjab: Commemorative Postage Stamp that has been released by Vice-President M Venkaiah Naidu at #JallianwalaBagh memorial on commemoration of 100 years of the massacre. #JallianwalaBaghCentenarypic.twitter.com/eZisIFsvir 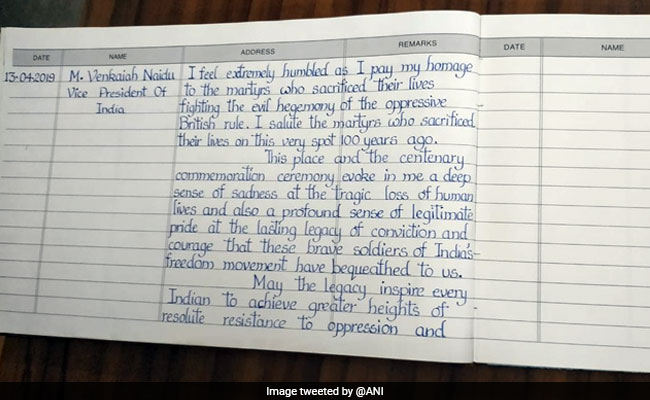 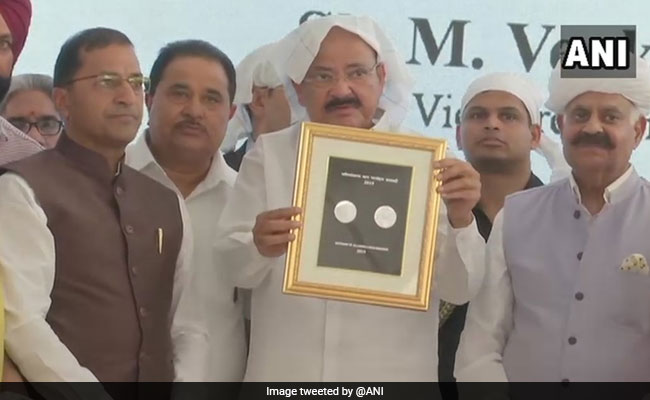 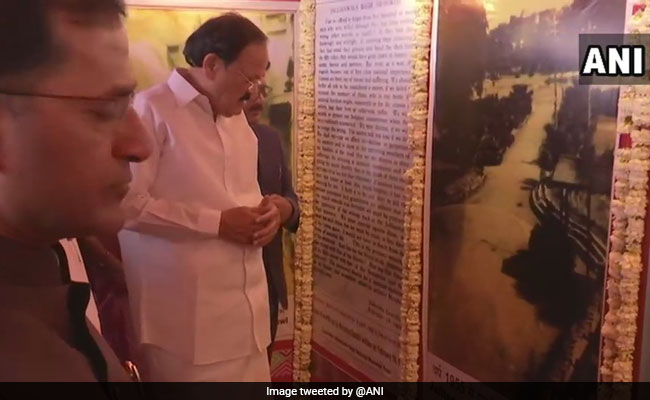 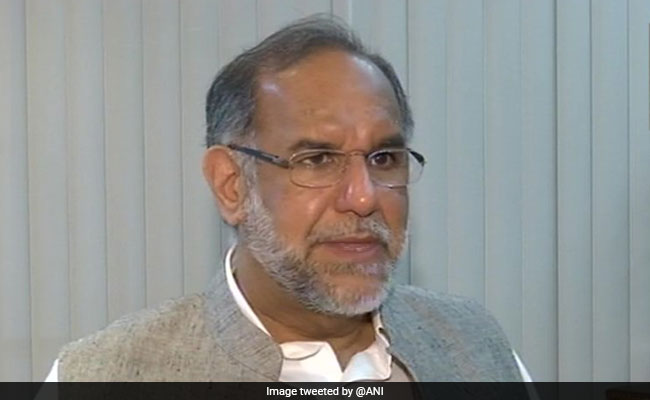 Navdeep Suri, Indian Diplomat and translator of Punjabi poem 'Khooni Vaisakhi', while speaking to the news agency ANI was asked if UK government should apologise for the massacre: This is something that they would probably want to do for their own sake, not so much to assuage Indian opinion.
Apr 13, 2019 13:41 (IST)

The "darkest stain on British Rule" holds many lessons for those who continue to stand up for what is right. We salute the heroes of #JallianwalaBagh, your sacrifice will never be forgotten. To speak truth to power is the duty of every citizen. pic.twitter.com/1a5Q6sHwZd 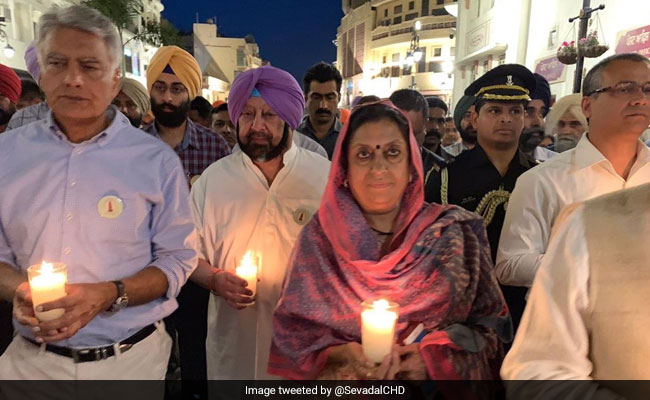 100 Years Of Jallianwala Bagh Massacre: Britain Still Hasn't Apologised, Say Family Members Of Those Killed
Demanding apology from Britain over the Jallianwala Bagh massacre, which completes 100th year on Saturday, family members of some of those killed have said mere regret would not do.
Apr 13, 2019 10:51 (IST)
Congress Chief Rahul Gandhi who visited the Jallianwala Bagh memorial earlier today tweeted paying his tribute on 100 years of the "brutal" massacre:
"Today is the centenary of the brutal Jallianwalla Bagh massacre, a day of infamy that stunned the entire world and changed the course of the Indian freedom struggle.
The cost of our freedom must never be forgotten.
#JallianwalaBaghCentenary"
Apr 13, 2019 10:47 (IST)
What happened on April 13, 1919
Some 1000 unarmed people had gathered at Jallianwala Bagh public garden on April 13, 1919 afternoon
Brigadier General Reginald Edward Harry Dyer arrived at the garden with dozens of troops, sealed off the exit and without warning ordered the soldiers to open fire
Several tried to escape by scaling the walls of the garden, some others jumped into an open well as troops continued firing
According to an eyewitness account, "heaps of dead bodies were left at the sight"
Walls at the garden are still pocketed with bullet marks 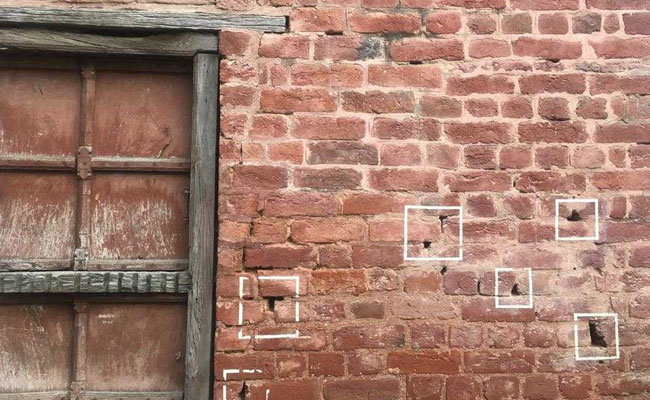 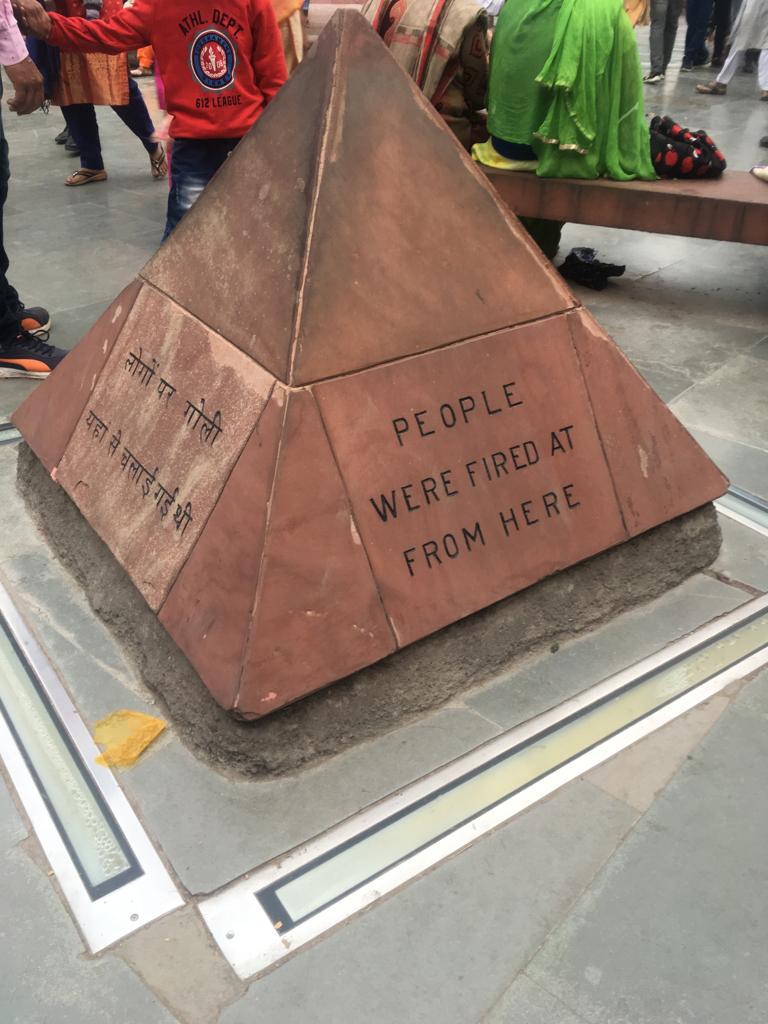 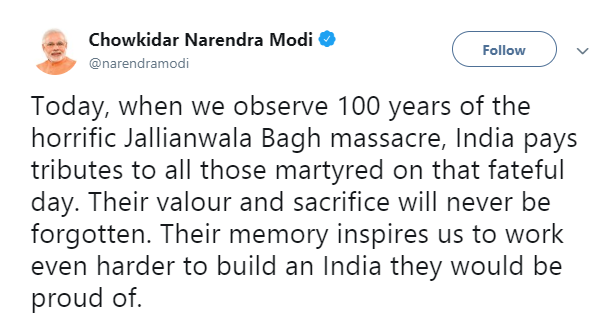 Congress President @RahulGandhi pays tribute to the martyrs of #JallianwalaBaghpic.twitter.com/bJU5nmWbek

Apr 13, 2019 08:47 (IST)
Preisent Ram Nath Kovind today tweeted an image of him at the Jallianwala Bagh memorial and paid his tributes on Twitter.

A 100 years ago today, our beloved freedom fighters were martyred at Jallianwala Bagh. A horrific massacre, a stain on civilisation, that day of sacrifice can never be forgotten by India. At this solemn moment, we pay our tribute to the immortals of Jallianwala #PresidentKovindpic.twitter.com/tNt0v5aFWv 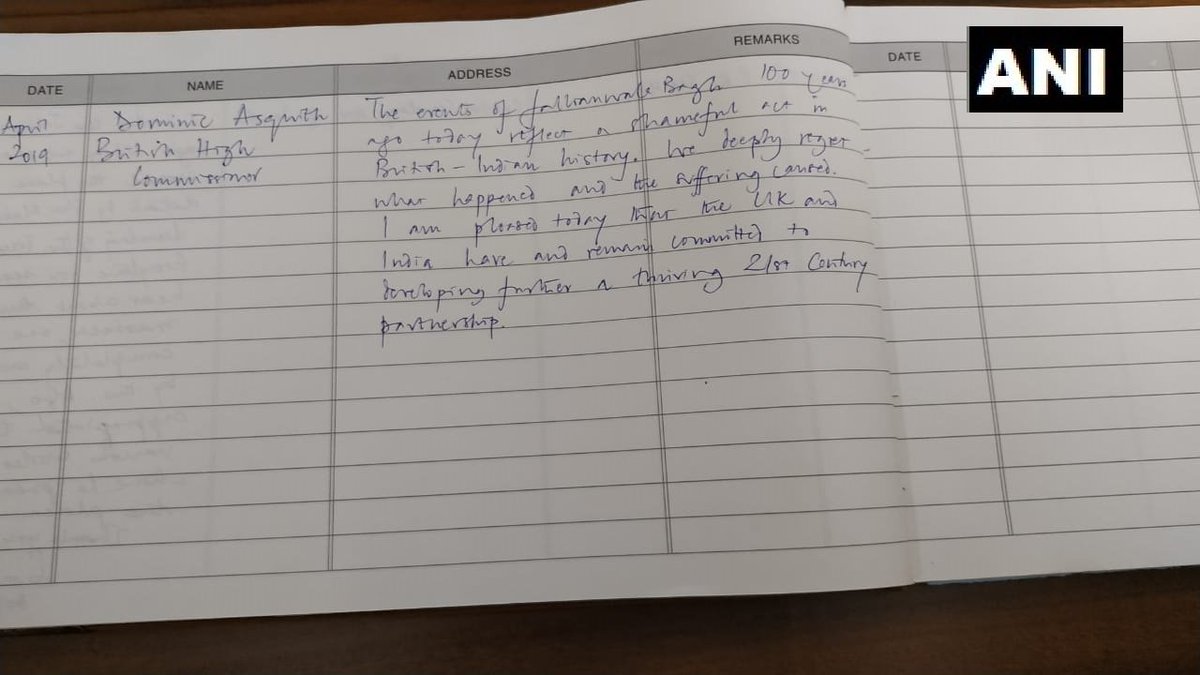 He also said, it is one of the worst outrageous incidents. Her majesty, when she visited in 1997, addressed the incident in such terms as well.
"Revulsion we felt at the time and is still strong. Regret the suffering caused. You might want to rewrite history but you can't. I have deep affection for India. What you can do is learn lessons from history. We will never forget and the act of commemoration is personal to me and also comes from the British government and its people."
Apr 13, 2019 08:38 (IST)
Congress chief Rahul Gandhi who arrived in Amristar yesterday, will pay tribute at the memorial. Thousands are also expected to visit the memorial to mark the 100 years of Jallianwala Bagh massacre. 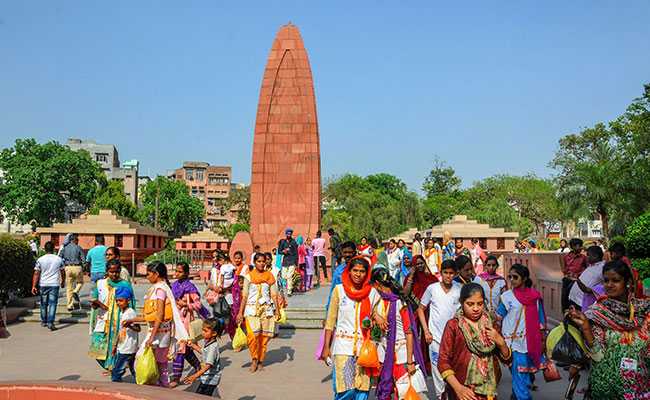 Apr 13, 2019 08:35 (IST)
Vice President Venkaiah Naidu will pay tribute at the Jallianwala Bagh Memorial and will release a commemorative coin and a postage stamp.

Vice President @MVenkaiahNaidu to pay homage to martyrs of #JallianwalaBaghMassacre on centenary of gruesome incident at the Jallianwala Bagh Memorial, in #Amritsar, Punjab today. He will release a Commemorative Coin and Commemorative Postage Stamp.#JallianwalaBaghCentenarypic.twitter.com/4FfuJwVQhn

Apr 13, 2019 08:33 (IST)
Labor Party demanded "full apology"
British lawmakers at Westminster Hall of the Parliament complex had debated the issue of a formal apology for the April 13, 1919 massacre to mark its centenary this Saturday.
Opposition Labour Party Leader Jeremy Corbyn demanded that those who lost their lives in the massacre deserve a "full, clear and unequivocal apology for what took place". 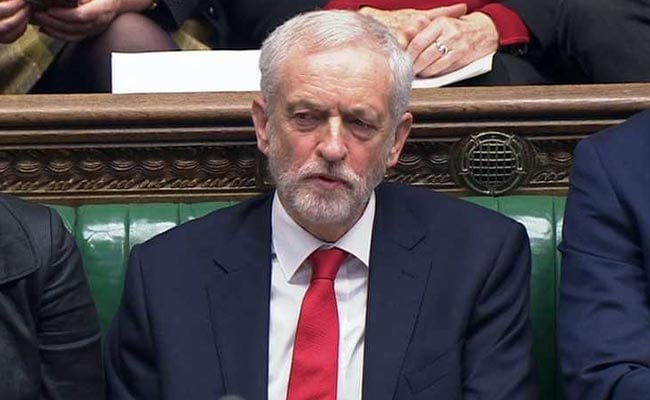 Apr 13, 2019 08:29 (IST)
"Shamful Scar", Says British PM Theresa May
Earlier this week, ahead of the day that marks 100 years of Jallianwala Bagh massacre, British Prime Minister Theresa May had said:
"The tragedy of Jallianwala Bagh of 1919 is a shameful scar on British Indian history. As Her Majesty the Queen (Elizabeth II) said before visiting Jallianwala Bagh in 1997, it is a distressing example of our past history with India," she said in her statement.
"We deeply regret what happened and the suffering caused. I am pleased that today the UK-India relationship is one of collaboration, partnership, prosperity and security. Indian diaspora make an enormous contribution to British society and I am sure the whole House wishes to see the UK's relationship with India continue to flourish," she said.
Apr 13, 2019 08:26 (IST)
Candlelight vigil
Thousands including residents of the city, tourists, visitors, top government officials and students took part in the candlelight march from a building called Townhall to the massacre site on Friday evening to remember all those who lost their lives 100 years ago during the Jallianwala Bagh massacre.
The march of about one kilometre, according to Reuters, was accompanied by loudspeakers playing patriotic songs. At the end of the march, people observed a two-minute silence. 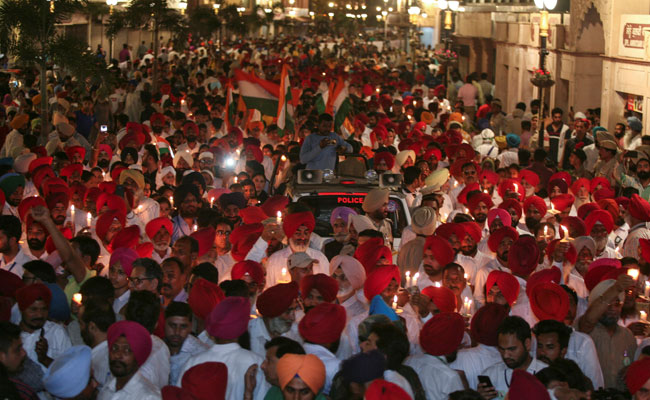 Apr 13, 2019 08:25 (IST)
The Jallianwala Bagh Massacre:
On April 13, 1919, some 50 British Indian army soldiers began shooting at unarmed civilians who were taking part in a peaceful protest against oppressive laws enforced in the Punjab region.
Colonial-era records show about 400 people died in the massacre, but Indian figures put the toll at closer to 1,000. 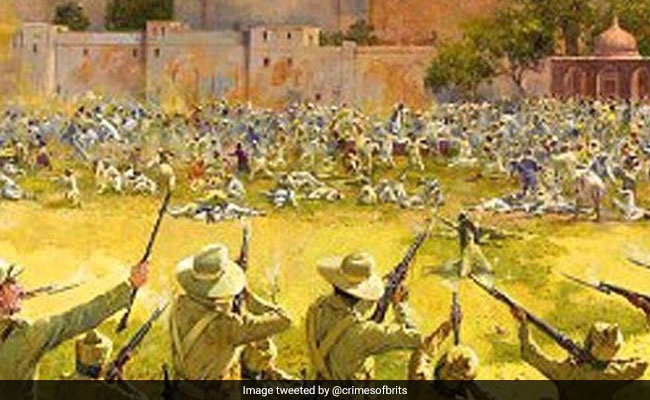