ISRO Now Eyes Venus as its Next Big Destination 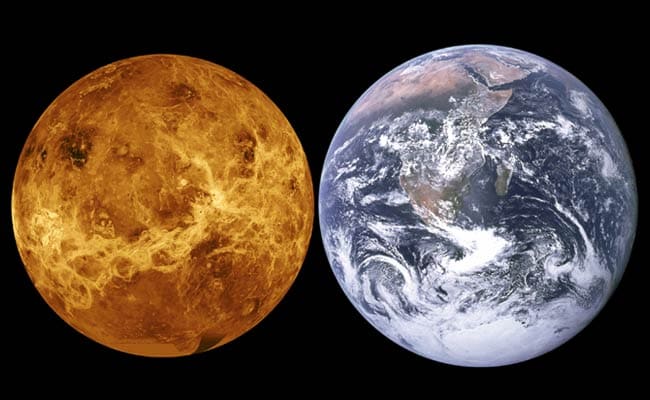 India soon to set out to Venus which is considered a twin of Earth as it has similar features. (Photo Credit: NASA)

New Delhi: After a hugely successful mission to Mars where India beat China in reaching the Red Planet's orbit, the Indian space agency ISRO is not sitting back on its laurels. It now seeks to foray more into the Solar System with missions being planned for exploring Venus, a revisit to Mars and trip to an asteroid.

One of the hottest planets, Venus is a bright object in the night sky and through telescopes it looks like an orange ball of fire. The planet Venus, named after the Greek goddess of love and beauty, is considered a twin of Earth as it has similar features.

Venus is a neighbour of Earth and it has the dense atmosphere mostly made up of carbon di-oxide. As temperatures hover around 460 degrees Celsius, finding life similar to what we have on Earth is near impossible on Venus. Till date, Russia, the United States and the European Space Agency have had missions to Venus. On an average, Venus is about 261 million kilometres away from Earth and orbits the Sun in 224 days.

"Overall capability we have demonstrated that we can go up to Mars with a minimal launcher and the next thing will be to look at the science portion and it can be more science driven," Mr Kumar told NDTV.

ISRO is charting a 10-year road map for planetary exploration in which it also wants to explore an asteroid.

India is looking at many other planetary opportunities: a revisit to Mars for which there is no time frame as of now, a visit possibly to Venus and obviously a revisit to the moon with Chandrayaan-2.
Comments
ISROVenusISRO VenusMangalyaanRed Planetsolar systemChandrayaan