The BERESHEET spacecraft's unsuccessful attempt to soft land on the moon surface has given hope to India to claim the fourth spot in soft landing on the moon through Chandrayaan 2. 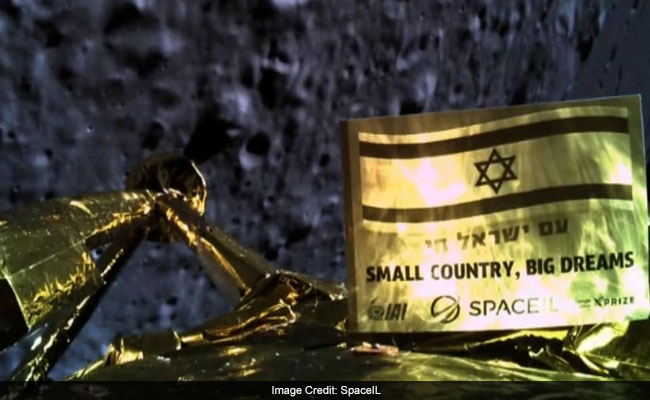 The BERESHEET spacecraft was built at a cost of $100 million.

An Israeli spacecraft came within a few kilometers of the historic touchdown bid before it suffered a technical glitch and crashed on the moon surface on Thursday. A successful soft landing of the BERESHEET spacecraft would have made Israel the fourth nation in the world to soft land on the lunar surface after Russia, the US and China. India had crash-landed its Moon Impact Probe as part of Chandrayaan-1 in 2008.

Made at a cost of $100 million, the BERESHEET spacecraft was built by a private space start up SpaceIL and Israel Aerospace Industries. The spacecraft was lifted into space on board the Falcon 9 rocket on February 22, 2019 and it entered the lunar orbit on April 4, 2019. BERESHEET weighed just about 585 kilograms and it became the first privately funded satellite to orbit the moon.

The spacecraft was attempting to soft land on the northern hemisphere of the lunar surface but it came within a few kilometers when it faced technical problems with its engines and it crash landed on the moon surface.

The BERESHEET spacecraft's unsuccessful attempt to soft land on the moon surface has given hope to India to claim the fourth spot in soft landing on the moon through Chandrayaan-2, which includes a orbiter, a lander and a rover. The Rs 800 crore project, however, has been facing repeated delays and is now expected to lift off from Sriharikota in Andhra Pradesh using the Geosynchronous Satellite Launch Vehicle Mark III in the next few months. The Indian space agency ISRO has not announced a date and when last heard the lander named Vikram had suffered a setback during a test earlier this year.

ISRO Chairman, Dr K Sivan, said the flight model was safe and healthy and only the engineering or the test model had suffered some damage.

India's Chandrayaan-1 mission gave the first signatures of the presence of water molecules on the lunar surface, which paved the way for a better understanding of the lunar geology and gave tantalising possibilities of setting up future human colonies on the moon.

Now, India can attempt to claim the fourth spot in soft landing on the moon through Chandrayaan-2.