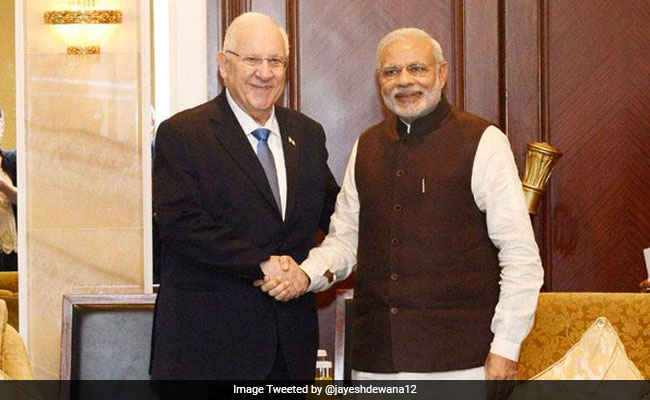 Mumbai: Israeli President Reuven Rivlin arrived in India today morning on an eight-day visit to further strengthen bilateral ties. Mr Rivlin, who landed at the Mumbai airport with a large delegation of businessmen and academicians, will leave for Delhi today.

Mr Rivlin will join President Pranab Mukherjee in opening an agro-tech conference in Chandigarh. He will also pay his respects at the sites of the 2008 Mumbai terror attacks in Mumbai and lay wreaths at memorials for Mahatma Gandhi and for Indian soldiers, who died in World War I.

Six people from the Jewish community were killed at the Mumbai Chabad house during the Mumbai terror attacks on November 26, 2008.

Mr Rivlin will also hold meetings with senior Indian officials and with leaders of the Jewish community.

"I am departing now on an important visit to India, an important ally and close friend of Israel, a state with whom we have much in common," Mr Rivlin said before he boarded the flight to Mumbai.

Promoted
Listen to the latest songs, only on JioSaavn.com
"Israel and India are both countries of innovation and of inspiration. Countries that have ancient traditions, but have built strong and thriving hi-tech economies, and now celebrate 25 years of diplomatic relations. This visit is a sign of the strong relations and friendship between our people, and I hope will plant the seeds for that friendship to grow closer and closer," he said.