Infiltration Attempts In Kashmir Set Off Alarms, Security Stepped Up

Government statistics show that out of 141 terrorists believed to be operating in Jammu and Kashmir, as many as 81 are foreigners and 59 are local. 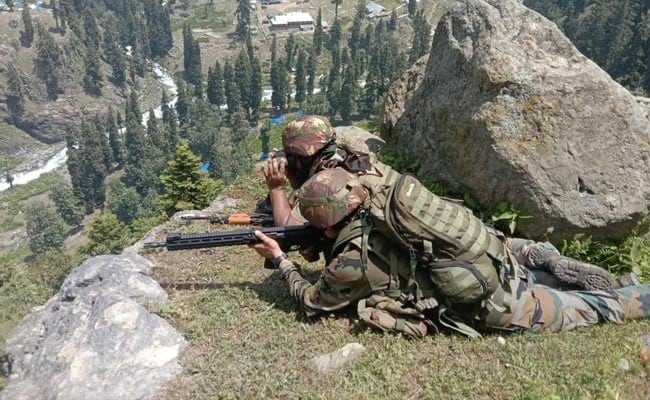 Security agencies have been asked to be on heightened alert in Jammu and Kashmir.

Security agencies in Jammu and Kashmir have sounded an alarm over encounters and infiltration attempts by foreign terrorists along the Line of Control (LoC). Considering the threat assessments, the country's biggest intelligence input sharing platform, the Multi-Agency Centre, has asked both the Border Security Force (BSF) and the army to step up their vigil, sources have told NDTV.

Even though the army says there has been zero infiltration along the LoC and the Ministry of Home Affairs puts the overall number in single digits, data shows the number of foreign terrorists operating in the region is far higher than local ones.

According to sources, the matter was also discussed recently at a meeting of the Unified Headquarters in Jammu and Kashmir - a multi-agency security grid that maintains vigil along the Line of Control and looks after the internal security in the union territory.

Government statistics show that out of 141 terrorists believed to be operating in Jammu and Kashmir, as many as 81 are foreigners and 59 are local.

The data also states that 125 terrorists belonging to different groups have been killed during the first six months of the year. And among these, 34 were of foreign origin.

The issue was raised at the Unified Headquarters after a large group recently infiltrated via the Kupwara-Keran sector, sources said.

"This is an established route. Vigil levels have been enhanced in areas around this sector," a senior officer operating on the ground told NDTV on the condition of anonymity.

According to him, the zero infiltration claim by the army does not line up with the high number of foreign terrorists operating and killed in Jammu and Kashmir.

"There can never be zero infiltration but if you counter the army, they say they may have entered Jammu and Kashmir via the International Border or from the plains," he said.

Another senior officer, requesting not to be named, said, "If the level of infiltration was nil or in single digits, then numbers [of terrorists] on launchpads [along the Line of Control] would have swelled. But they have been consistent at around 300."

Meanwhile, the Jammu and Kashmir Police have heightened the level of security checks along the Baramulla-Uri sector as inputs suggest that terrorists may use this route to infiltrate into Kashmir Valley.

"The focus of infiltration has largely now shifted to the south of Pir Panjal," said an official, adding that while earlier, the Rajouri-Poonch route used to account for less than 20 per cent of infiltration, it has now picked up as well.