Read inOther Languages
This Article is From Mar 16, 2020 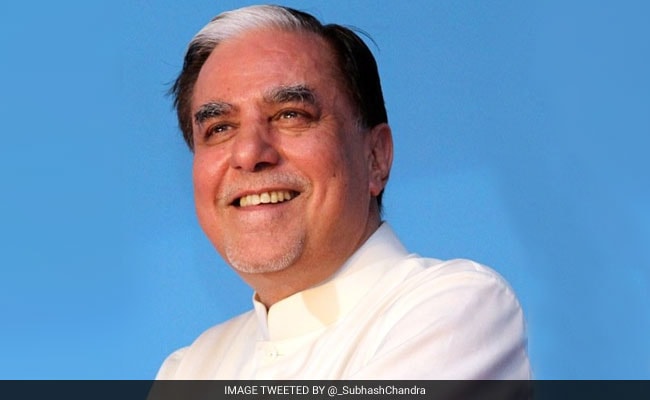 Subhash Chandra has been summoned on Wednesday by the Enforcement Directorate.

Subhash Chandra has been summoned on Wednesday by the Enforcement Directorate, which has also summoned Anil Ambani and Gautam Thapar of the Avantha Group on Thursday.

The Enforcement Directorate is investigating allegations of suspicious loans given to various organisations or entities by the bank in violation of rules. Rana Kapoor, 62, has been accused of "laundering proceeds of crime" worth Rs 4,300 crore by receiving kickbacks for clearing bad loans.

The Yes Bank crisis peaked earlier this month after the Reserve Bank of India imposed a moratorium and capped withdrawal by users at Rs 50,000 a month.

As part of the RBI-backed rescue plan for the troubled private sector lender, State Bank of India (SBI) will acquire up to 49 per cent stake in Yes Bank, and will be required to maintain a minimum holding of 26 per cent in Yes Bank for three years.

Earlier, Finance Minister Nirmala Sitharaman had said Yes Bank had been exposed to some "very stressed corporates" since before 2014. "I wouldn't even mind taking their names because it is public domain information and I'm not violating any customer's privacy. Anil Ambani group, DHFL, IL&FS, Vodafone are some of the very stressed corporates to whom Yes Bank was exposed -this is from prior to 2014 (the UPA era)," Ms Sitharaman said.