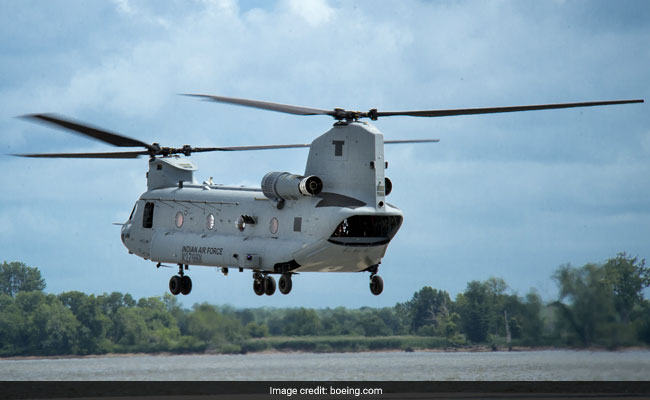 Four pilots and an equal number of flight engineers have been training on Chinook helicopters at Delaware in the US since Monday.

The powerful twin-rotor transport helicopter will boost the Air Force's heavy-lift capabilities as it will be able to carry arms and ammunition over long distance and to high altitude.

The Chinook will particularly be helpful in disaster relief and rescue operations.

In July, Boeing had said India took a significant step toward modernising its Air Force's helicopter fleet by completing the first flights of Apache and Chinook helicopters destined for delivery next year.