Abhinandan Varthaman's Gunslinger Moustache Is All The Rage In India

Amid the euphoria of Indian Air Force pilot Abhinandan Varthaman's release, many rushed to emulate his gunslinger moustache. The "Abhinandan style" has created a wave online and promises to be a trend in the coming days. 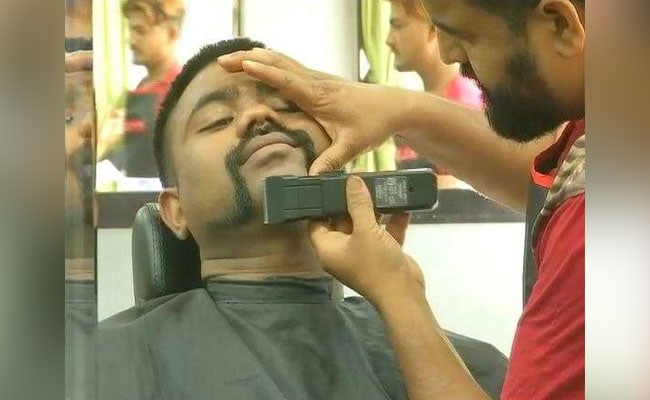 As Pakistan handed over captured Indian Air Force pilot Abhinandan Varthaman to India on Friday, people across the nation saluted his bravery and courage under pressure. Over the last week, the IAF Wing Commander, who shot down a Pakistani F-16 jet, but took a hit in the process and got captured, has become the nation's toast.

Amid the euphoria of his release, many rushed to emulate his gunslinger moustache. The "Abhinandan style" has created a wave online and promises to be a trend in the coming days.

Chand Mohammed of Outlook Men's Saloon in Bengaluru on Coles Road, Fraser Town
says, "Abhinandan is our real hero. That is why we have introduced this style. Before these we used to sport styles of Bollywood actors Salman Khan, Shah Rukh Khan. Now, every day we get at least 10 young customers who want to have same moustache."

Sameer Khan, a salesman says, "This is Abhinandan sir style. We are following him. I really like this style. He is my hero."

An expert in the field of brands and image perception told news agency PTI, "His luxuriant moustache flows across his face like a smooth trajectory of an aircraft deftly manoeuvred across the sky. The moustache is very much part of that brand that people adore, idolise and wish to own."

Several saloons around India are giving discounts to their customers who are opting for "Abhinandan style" moustache and haircuts.

Abhinandan Varthaman was captured by Pakistan army on February 27, a day after India targeted a Jaish-e-Mohammad terror training camp in Pakistan's Balakot. He was part of the IAF team that was guarding the area and spotted a packet of Pakistani aircraft when it crossed the Line of Control and targeted Indian military installations.

He had given chase and shot down a Pakistani F-16 aircraft, but his MiG 21 Bison also took a hit and when he ejected, his parachute landed on the other side of the Line of Control.

He was released on Friday.