India has been focusing on expanding its cooperation with the Shanghai Cooperation Organisation (SCO), an eight-nation regional grouping that represents around 42 per cent of the world''s population and 20 per cent of the global GDP. 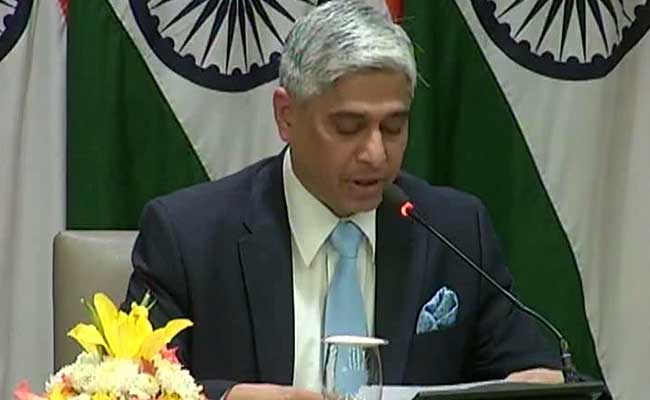 India will host a summit of the council of heads of government of SCO in November, Vikas Swarup said

India will host a summit of the council of heads of government of the Shanghai Cooperation Organisation or SCO on November 30 with a focus on contributing to the trade and economic agenda of the influential grouping, a senior official in the Ministry of External Affairs (MEA) has said.

India has been focusing on expanding its cooperation with the Shanghai Cooperation Organisation (SCO), an eight-nation regional grouping that represents around 42 per cent of the world's population and 20 per cent of the global GDP.

"India's chairmanship of the SCO council of heads of government during 2020 culminating in the summit in India on November 30, affords us an opportunity to contribute in a substantive way on the trade and economic agenda of SCO - that will be the main mandate of the summit," Vikas Swarup, Secretary (West) in the MEA, said on Wednesday.

Speaking at an online seminar on ties between India and the SCO, he said the renewed momentum in building regional synergies by the bloc is reflected in addressing common security challenges and building long-term economic and energy linkages.

India, which was an observer at the SCO since 2005 and became its full member in 2017, has been strongly pushing for connectivity projects like the International North-South Transport Corridor to gain access to resource-rich central Asian countries.

"More than a decade of engagement with the organisation, underscores India's willingness to play a more meaningful role in this regional grouping," Mr Swarup said.

"This optimism also stems from India''s desire to deepen its Eurasian partnerships. In this context, SCO provides a springboard for India to reconnect to this extended neighbourhood, with which we are bound by the enduring bonds of centuries of common history," he said.

Mr Swarup said India hopes to play a "constructive" role in enriching the agenda of the SCO by placing human beings at the center of its "thought and actions" to foster greater prosperity and well being of the region.

In his address, Mr Swarup also talked about India's civilisational links with the central Asian nations.

"Acknowledging the strength of these umbilical bonds, India's growing economic potential and vast experience and expertise in building institutional capabilities, can add greater value to SCO's ongoing projects and share best practices in newer areas to forge a common vision for the region," he said.

The seminar was organised by the Indian Council of World Affairs, a leading think tank.