"Would Like Situation To De-Escalate": India On US, Iran Tensions 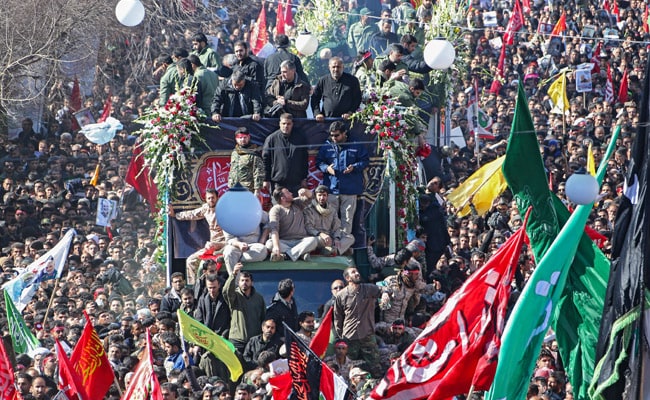 Amid US, Iran tensions, India said it is "very closely" monitoring the situation the Gulf.

Amid tensions between the US and Iran over the killing of an Iranian military commander, India on Thursday said it would like the situation to de-escalate as soon as possible and was in touch with important players in the Gulf region.

The remarks come a day after Iran said it will welcome any peace initiative by India to de-escalate tensions with the US following the killing of Qasem Soleimani.

Major General Soleimani, 62, the head of Iran's elite al-Quds force and architect of its regional security apparatus, was killed when a US drone fired missiles into a convoy that was leaving the Baghdad International Airport early on Friday.

On Wednesday, Iran launched over a dozen ballistic missiles targeting at least two bases where US military and coalition forces'' are stationed in Iraq.

Tehran said it was a "slap in the face" of America.

Soleimani's killing was the most dramatic escalation yet in spiralling tensions between Iran and the US.