The water crisis will get worse, as the country's water demand is projected to be twice the available supply by 2030, the report added. 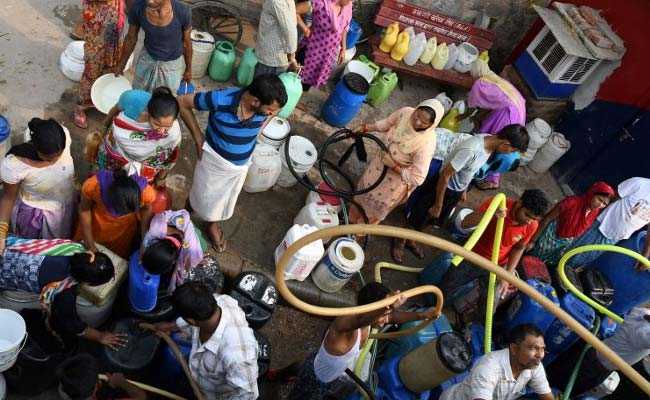 India is facing its worst water crisis in history, a NITI Aayog report said today. The report said that currently 600 million Indians face high to extreme water shortage and about two lakh people die every year due to inadequate access to potable water. The water crisis will get worse, as the country's water demand is projected to be twice the available supply by 2030, the report added. This means that hundreds of million of people may face water scarcity and the country will suffer a loss of up to 6 per cent of the GDP.

The report cited data by independent agencies, pointing out that the country's nearly 70 per cent of water is contaminated, which puts India at the 120th position among 122 countries in the water quality index.

Gujarat has emerged as the best in the country followed by Madhya Pradesh, Andhra Pradesh, Karnataka and Maharashtra.

In northeastern and Himalayan states, Tripura has been adjudged as the top state in 2016-17 followed by Himachal Pradesh, Sikkim and Assam.

The low performers are, worryingly, comprised of the populous northern states of Uttar Pradesh, Bihar, Rajasthan, Haryana, and others, which are home to over 600 million people. The low performing states account for 20-30 per cent of India's agricultural output.

The poor performance of these states on the Index highlights a significant water management risk for the country going forward, the report added.