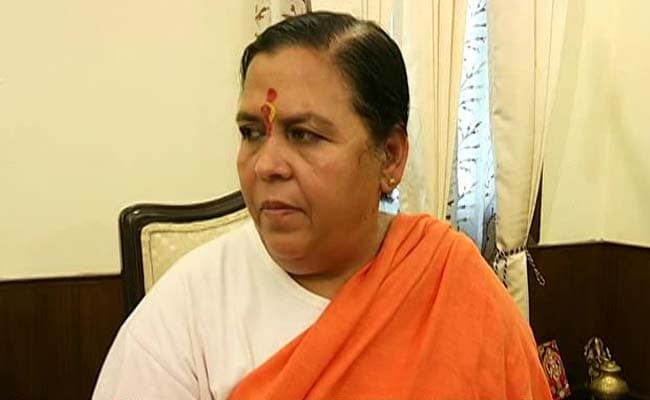 She made the remarks at the World Sustainable Development Summit in New Delhi where the Centre signed a Memorandum of Understanding (MoU) on water resources development and management with the European Union.

"The holy rivers of India are getting exhausted of their natural ability to sustain themselves due to pollution from various sources.

"The per capital water availability in India has been on continuous decline which has put our country in water stressed category and is close to being categorised as water scarce. The vagaries of climate change are expected to exacerbate the situation," Ms Bharti said.

Promoted
Listen to the latest songs, only on JioSaavn.com
Karmenu Vella, Commissioner for Environment, Maritime Affairs and Fisheries, European Commission, was present during the occasion. The Union Cabinet had approved the MoU on October 5.

Mr Vella said the agreement may not solve all the issues but it was a step in the right direction and one way of implementing water partnership through exchange of technological, scientific and management experiences.