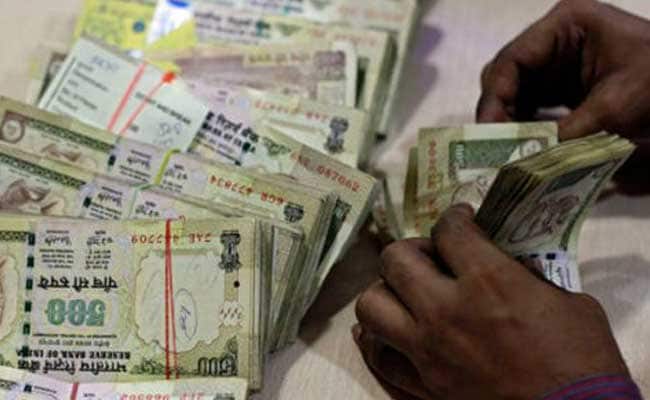 India is risking about $211 billion of purchasing power to make a leap into a cashless future. The landing won't be smooth, but the change could be as far-reaching for the global economy as the U.S.'s 1873 decision to scrap the silver dollar.

Outlawing high-denomination banknotes, which account for 86 percent of the 16.4 trillion rupees ($245 billion) of currency in circulation, will sting India Inc. Still, the benefits of Tuesday night's surprise demonetization could be both large and enduring.

Start with the pain. As Gadfly has noted, India's economy has become increasingly reliant on physical money. Currency in circulation is now nine times what it was 17 years ago, far exceeding the growth of cash in China, whose economic expansion has outpaced India's by a factor of two.

But now that Prime Minister Narendra Modi has ordered 500- and 1,000-rupee notes to be returned to banks, which can reissue them only in smaller denominations or as electronic money, purchases of everything from a sachet of shampoo to a refrigerator or an apartment may be put on hold.

The drop in consumption is fairly easy to predict. About 69 percent of employment in urban India -- and as much as 75 percent in rural areas -- is informal. And this doesn't include household help. Wages are mostly received and spent in cash since banking is still a luxury despite a massive government campaign to give a no-frills account to every family. Naturally, there will be a scramble among employers to hoard small notes, which could lead to a shortage.

The consumption economy will get over the hump once cash starts moving over 300 million Internet-enabled mobile phones, using virtual payment addresses linked to bank accounts. Paytm, an e-wallet firm backed by Ant Financial and its affiliate Alibaba Group Holding Ltd., is about to launch a payments bank. CEO Vijay Shekhar Sharma couldn't hide his glee on Twitter.

Just as fintech will be the biggest winner, real estate will be the most obvious loser. DLF Ltd., the largest Indian builder by market value, fell as much 24 percent on Wednesday. A freeze in land and property transactions, which act as parking lots for income that has evaded taxation, could lead to a significant drop in prices. That would hurt developers, but help the middle class.

Besides, ferreting out so-called black money, which drives a shadow economy estimated to be a fifth the size of India's official $2 trillion in GDP, is one of the main reasons the government has given for abolishing high-value notes.  Bank deposits could get a long-term boost.

The 1873 demonetization of silver by the U.S. was deflationary. The Indian shock, which comes amid anemic global demand and heightened political anxiety, may be no different. On the flip side, the central bank in Mumbai has more room now to cut interest rates, which could prompt bond investors to pump money into the country to lock in the risk-free yield, which slid by 13.5 basis points to 6.66 percent Wednesday morning.

It's hard to say how much of that decline was thanks to Modi's midnight surprise. After all, with ATMs closed, Indians are counting notes in their wallets and mattresses while America is tallying votes cast in the presidential election. Quite the wrong day to be ushering in a cashless future.


To contact the author of this story: Andy Mukherjee in Singapore at amukherjee@bloomberg.net

To contact the editor responsible for this story: Matthew Brooker at mbrooker1@bloomberg.net