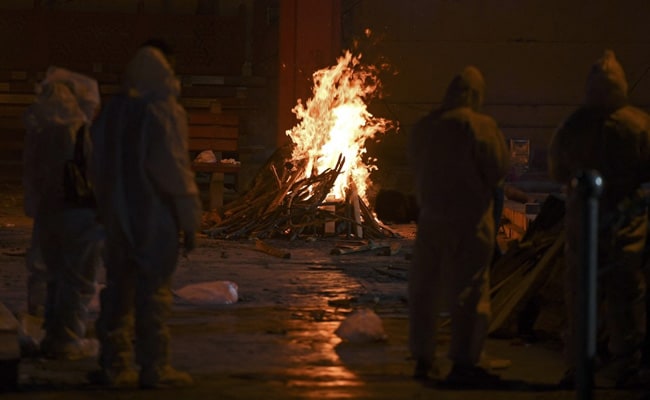 The official count of deaths in India linked to the coronavirus, ballooned by the worst second wave of infections anywhere in the world, has crossed the three lakh-mark, adding the country to the grim global club with just two other members - the United States and Brazil.

India has been reporting more than two lakh daily cases over the last several weeks, which overrun hospitals and led to long queues outside crematoriums and burial grounds.

However, fresh state-wise death figures took the number past the grim milestone. 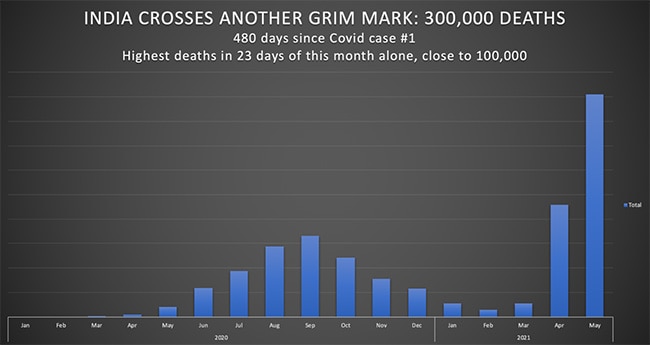 Experts say the official countrywide Covid figures are an undercount as those dying outside the system are not being added. Also, in rural areas, testing is either non-existent or very low despite the rapid and deadly surge.

India is now only behind the United States and Brazil as far as total death counts are concerned.

Globally, the novel coronavirus has killed at least 3,456,282 people since the outbreak emerged in China in December 2019, according to news agency AFP.

The centre blames the mutant variants of the virus and people's carelessness about following the anti-Covid rules for the unprecedented spike in cases.

The heavy caseloads have triggered acute shortages of medicines, hospital beds and live-saving medical oxygen across the country. Many died because of disruptions in oxygen supply.

Epidemiologists have warned that a third wave is unavoidable if the vaccination drive against the virus is not accelerated. However, many states have complained of flagging inoculation drives due to dwindling supplies.

The centre has promised that by the end of the year, there will be enough vaccines for all.

"India Keeps An Eye": Centre On Chinese Investments In Nepal