In UP Priests Murder, 5 Arrested After Chief Minister's Deadline

Chief Minister Adityanath had ordered the suspension of the police station incharge of the area and given the police time till Sunday to solve the crime. 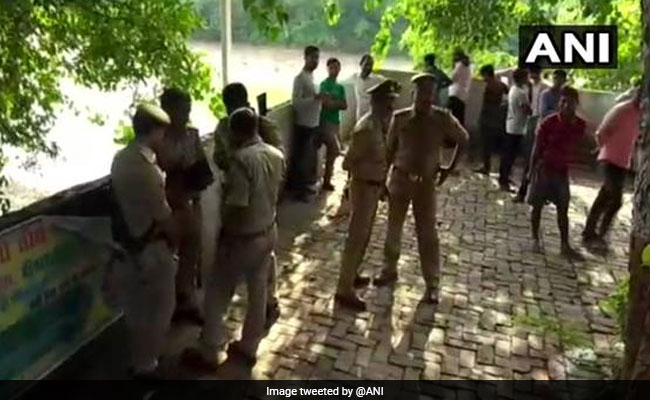 Around a dozen police teams were formed to investigate the murders. (File)

The Uttar Pradesh Police have arrested five men in the Auraiya district where two 'sadhus' or Hindu priests were stabbed to death and another was injured inside a temple premises by unidentified persons on Wednesday morning, triggering mob violence in the area.

The five accused, all Muslims, have confessed to killing the priests because they were angry with the priests for reporting activities carried out by them relating to cow slaughter and cow smuggling, said police. Four more accused in the case are on the run.

Chief Minister Adityanath had ordered the suspension of the police station incharge of the area and given the police time till Sunday to solve the crime.

The priests were tied to their beds, and they appeared to have been stabbed multiple times, the police had said.

Kanpur range senior police officer Avinash Chandra said the priests were found lying in a pool of blood with multiple stab wounds on their necks and other parts of their body inside the Bhayanak Nath temple in Kudarkot, under Bidhuna police station. "They were tied to a charpoy and attacked. Two of them were killed," said Bhaskar Verma, circle officer of Bidhuna town.

Auraiya district, 180 km from Lucknow, was tense after the incident and reports suggested schools and colleges in the area were closed. Infuriated at the killings, a group of people attacked shops, set some of them on fire and threw stones, forcing the police to fire in the air. The police had to use tear gas and fire in the air after a group of people protesting against the murders turned violent.

The dead priests have been identified as Lajja Ram, 65, and Halke Ram, 53, residents of Bakewar and Etawah. Another priest, Ramsharan, 56, received serious injuries, the police said. A resident of Bidhuna, he was shifted to Saifai hospital, they said.

Around a dozen police teams headed by senior officials were formed to investigate the murders. Special surveillance teams were sent to Auraiya from Kanpur to help the local police in cracking the case and in dealing with rumour-mongers, officials said.