"Poetic Justice Must Be Done For Devilish Crime": Court In Kathua Case

The court also said that there is nothing on record to show that there is a false implication of accused persons in this case, as claimed by the defence. 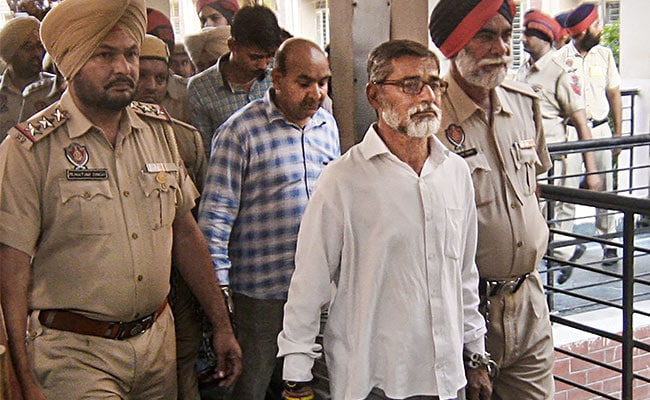 Six men were convicted for the rape and murder of an 8-year-old in Jammu and Kashmir's Kathua.

The special court which convicted six people in the rape and murder of an 8-year-old in Jammu and Kashmir's Kathua, has termed the crime "devilish and monstrous" and said that it was committed in the most "shameful, inhumane and barbaric manner" for which "poetic justice" needs to be done.

District and sessions court in Pathankot, hearing the matter on the direction of the Supreme Court, convicted six people on June 10 in the case. Sanji Ram, Deepak Khajuria and Parvesh Kumar have been sentenced to life in jail.

"Heaven and hell are no geographical locations, our thoughts, actions and character create the situation of heaven or hell for us," judge Dr Tejwinder Singh wrote in the beginning of his 432-page judgment, a copy of which was accessed by news agency PTI.

He said that the "devilish and monstrous crime" has sent shockwaves across the society and the guilty needs to be brought under the sword of justice."

After hearing prosecution lawyers, comprising SS Basra, J K Chopra, Harminder Singh and Bhupinder Singh, as also a battery of 57 defence lawyers, the judge said, "There is nothing on record which could show that there is a false implication (as contended by defence lawyers) of accused persons in this case".

Commenting on the plea by the defence claiming the investigation as defective, the judge said the court is of the considered view that the documents are official documents on record which have been "duly proved by the officials of different departments" on the basis of record maintained with them.

"....even otherwise this is a serious criminal trial and merely on some hyper technical objections raised by legal experts, no benefit can be given to the accused persons as this trial has to be adjudicated on the basis of detailed and consolidated evidence led by the prosecution in this case," the judgment said.

The judge, after relying on several Supreme Court judgments, said, "If at all, at any point of time, there was a minor lapse in the investigation, the benefit of the doubt cannot be given to the accused in the present trial which is very serious in nature."

Deciding on the plea raised by the defence that there was no direct evidence against any accused, the judge ruled that the court was of the opinion that in the present case the circumstances from which an inference of guilt is sought to be drawn have been cogently and firmly established.

"The circumstantial evidence led by the prosecution is definite which unerringly point out towards the guilt of the accused. The circumstances taken cumulatively from a chain so complete that there is no escape from the conclusion that within all human probability that the crime was committed by the accused and none else.