PM Modi in April had said 70 per cent COVID-19 tests should be RT-PCR but by June end the government plans to cut it down to 40 per cent. 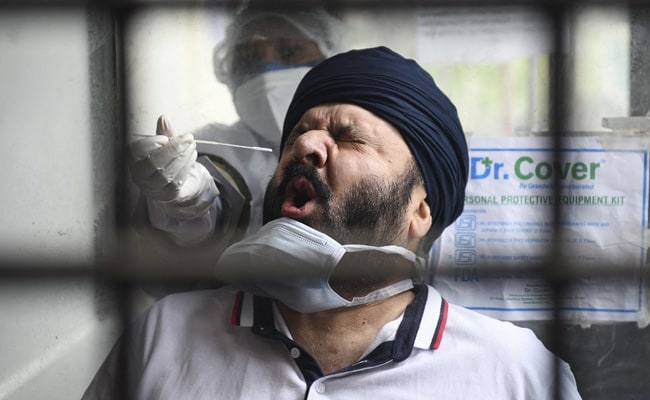 RT-PCR tests are considered the most reliable test for COVID-19.

RT-PCR tests - widely believed to be the most accurate method to detect COVID-19 - will be cut to 40 per cent of total tests by the end of next month, far from Prime Minister Narendra Modi's plan to raise it to 70 per cent, the government announced on Thursday.

Instead, the government will depend up to 60 per cent on the less reliable antigen tests - in a significant departure from its earlier target - as it aims to double its testing capacity to 45 lakh per day by June end.

The announcement comes just two months after PM Modi advised states that RT-PCR should be 70 per cent of all tests and said there was "no pressure" if positive numbers were high.

Inexplicably, the government also pared down its stated RT-PCR testing capacity to 12-13 lakh-a-day - from around 16 lakh last week. 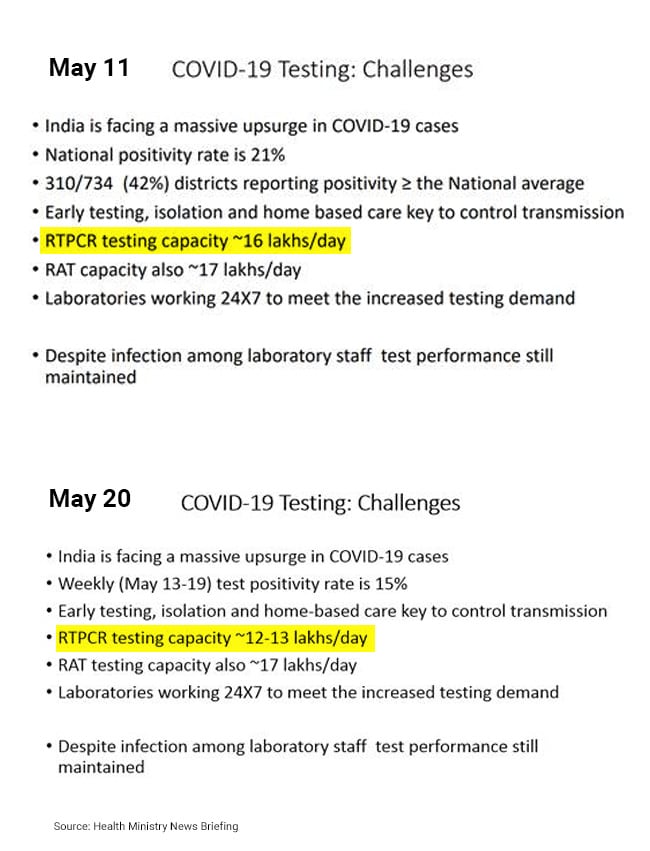 Last week, the government said it had 16 lakh RT-PCR test capacity. On Thursday it said 12-13 lakh.

The revision makes the centre's goal of increasing RT-PCR numbers to 18 lakh-a-day by June end seem bigger - 50 per cent now versus only 12.5 per cent over last week. 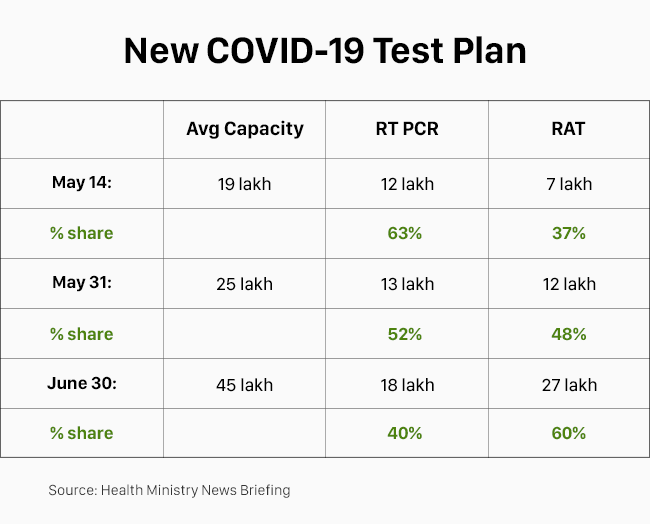 Curiously, it re-classified RT-PCR as "the standard test" in its new information presentation instead of "the gold standard test". 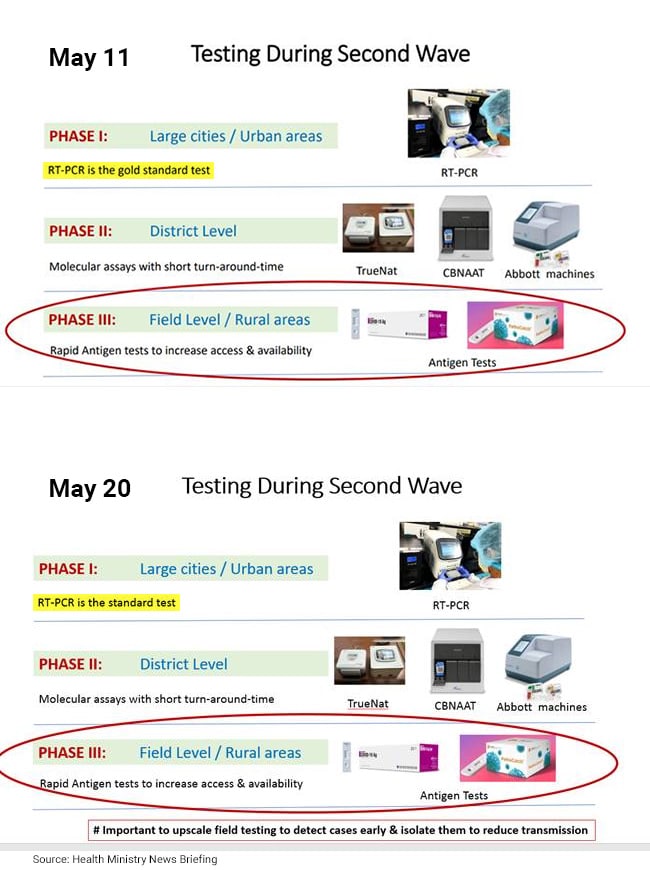 Last week, the government said RT-PCR tests were the "gold standard". On Thursday it said it was just "standard".

At Thursday's news briefing, the government also revealed that through the second wave in April-May, the daily mix of RT-PCR and antigen was about 50-50.

The wobbliness of the data when using the lower quality tests is reflected in the vastly different share of positive results.

While RT-PCR reported a 17.2 per cent positivity rate, antigen tests found 8.3 of samples to be positive and TrueNat/CBNat 10.1 per cent.

A rough calculation suggests that if all tests were RT-PCR, there would be approximately 75-80,000 more cases reported. The government logged 2.76 lakh new infections officially this morning.

The government has explained its change in plans to efforts at "rationalising" RT-PCR tests to increase antigen testing for early detection, isolation and home care.

This is in response to cases rising in rural areas, they said, adding there are plans to deploy mobile testing vans which can cover 10 villages in a day.