"I Don't Do Caste Politics Like PM": Bizarrely, A BJP Lawmaker Said This

Rajveer Singh asserted that he had instead said PM Modi "doesn't discriminate on caste or communal lines". 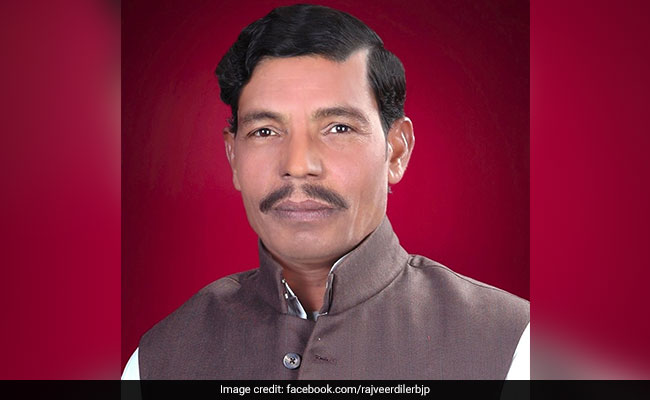 An Uttar Pradesh BJP lawmaker was heard saying, "I don't do caste politics like our Prime Minister (Narendra Modi) does." After the video went viral on social media, legislator Rajveer Singh Diler denied ever uttering the words and accused his rivals of manipulating the audio clip.

Rajveer Singh Diler was distributing gas connections at an event in Jabalpur on Tuesday when he said, bizarrely, "I don't indulge in jat-paat (caste) politics like our Prime Minister does. I don't see who is Hindu, who is Muslim. Muslim brothers think if BJP comes to power, they will suffer. But everyone is equal for the BJP, irrespective of caste, creed and religion."

Listing government welfare schemes, the BJP lawmaker urged people to vote for his party in the national election, due by May. "I request you all to make Narendra Modi the prime minister for the second consecutive time," he said.

Later, asked to clarify his comments on "caste politics by PM Modi", Rajveer Singh said: "Someone made the video viral. I can't use such words against the prime minister. It is a conspiracy, someone has edited the video to frame me." He has also been reported as saying that he was "misconstrued".

The legislator asserted that he had instead said PM Modi "doesn't discriminate on caste or communal lines" and wants "Sabka Saath, Sabka Vikas (development for all)".

Rajveer Singh is a lawmaker from Aligarh in Uttar Pradesh.