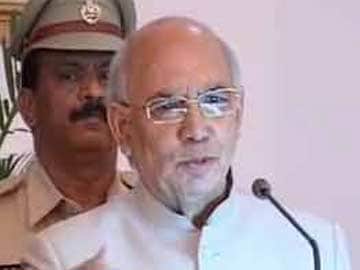 New Delhi: In the eye of a storm over the extension to a high court judge facing corruption allegations, former Law Minister HR Bhardwaj on Tuesday supported strengthening the present system of judicial appointments saying that the National Democratic Alliance or NDA government should take steps in this regard.

He said the executive is within its rights to have a law properly defined and laid down by the parliamentary procedure.

"Parliament amends the Constitution or makes study of existing laws and improve on it. It is the responsibility of the present government to take the view of anybody they like and decide. They have to do it," he said.

He said the present collegium system was decided by the Judiciary.

The Supreme Court collegium was initially hesitant to recommend the extension of a Madras High Court judge who was under corruption cloud but did so later after a nudge from the United PA government, Law Minister Ravi Shankar Prasad informed the Parliament today.

Mr Prasad said in 2003, the collegium had "certain reservations" and had made some enquiries and decided that the case of this judge should not be taken up.

But later during the UPA rule, a clarification was sought by the Prime Minister's Office (PMO) as to why he should not be recommended, the minister said in the Lok Sabha.

The collegium again said he should not have been recommended at all, he said.

Later, the Department of Justice in the Law Ministry wrote a note to the collegium following which it said that his case can be considered for some extension, Mr Prasad said, adding the matter stood there thereafter.

Mr Bhardwaj was then the Law Minister.