The President will be participating in celebration in Surinam and PM Modi shall partake in the same at Dehradun. 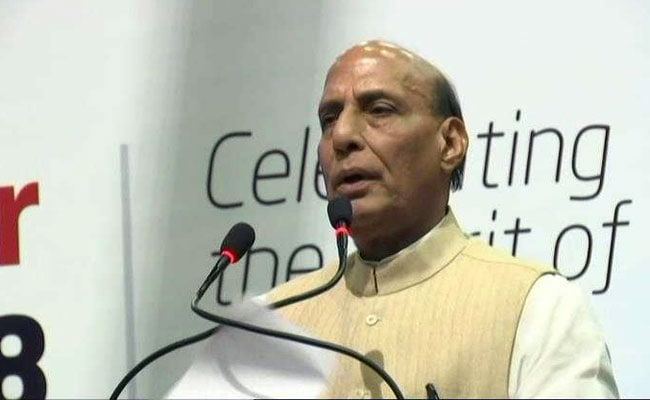 Various other activities are being planned by the CAPFs and the Delhi Police for the June 21 event.

A dedicated yoga cell has been set up by the Delhi Police, which is relentlessly educating personnel about the importance of yoga in the working atmosphere.

The cell has organised 967 yoga related programmes with participation of more than 55,000 personnel.

For the last two years, the Delhi Police has been holding a centralised event, besides other programmes at district and unit levels to celebrate International Yoga Day.

According to the statement, the Delhi Police had last year held the event at Ramlila ground with participation of 2,000 personnel, including Delhi Police Commissioner Amulya Patnaik and senior officers.

It has been planned that an event would be held at Thyagraj Sports Complex, Laxmi Bai Nagar. Around 2,000 personnel from various units will take part in the event in presence of Delhi Police Commissioner and other senior officers.

Common yoga protocol and yoga CDs have been distributed amongst the participants, in coordination with Ayush Ministry and agencies concerned.

The Indo-Tibetan Border Police (ITBP) has been designated as the nodal force for coordination among the CAPFs for mass yoga demonstration in Dehradun. ITBP troops will also participate in yoga sessions at various locations across the country.

Border Out Posts (BOPs) of the force along the Himalayan border will also observe the day with active participation of 'Himveers' in high altitude areas.

Apart from this, ITBP jawans will take part in Yogabhyas being organised in different cities of Jammu and Kashmir, Himachal Pradesh, Uttarakhand, Sikkim and Arunachal Pradesh.

In Delhi, yoga demonstration is being organised by the NDMC at Rajpath. The CISF being the nodal force for the CAPFs for said function will coordinate with authorities of the NDMC for participation of 1,000 Central Armed Police Force personnel.

The Central Industrial Security Force (CISF) has been designated as the nodal force to conduct yoga demonstrations in Delhi, Mumbai and Hyderabad.

Also, in-situ yoga will be performed at all CISF units, reserve battalions, training institutions and office establishments by following the common yoga protocol.

A mobile application named 'Yoga Locator', launched by the Ayush Ministry, providing ongoing details of yoga activities in surrounding areas, is being downloaded by all CISF units/ field formations for availing the facility.

The Sashastra Seema Bal (SSB), as the nodal force in state capitals and prominent cities --Shimla, Patna, Guwahati and Gangtok -- will organise a mass yoga demonstration in which 1,000 CAPFs personnel will participate.

Also, SSB personnel will participate in yoga demonstrations in all other state capitals in collaboration with nominated nodal force of the state concerned where SSB personnel are deployed.

Promoted
Listen to the latest songs, only on JioSaavn.com
All six frontiers, 18 sectors, training centres and 73 battalions of the SSB will celebrate International Yoga Day at their establishments. All senior officers and officials of the force at the SSB headquarters will participate in the yoga event in the premises of 25th battalion SSB at Ghitorni, New Delhi.