The woman, a resident of Sonepat, died at the hospital on Wednesday, days after she was admitted following the intervention of welfare committees. 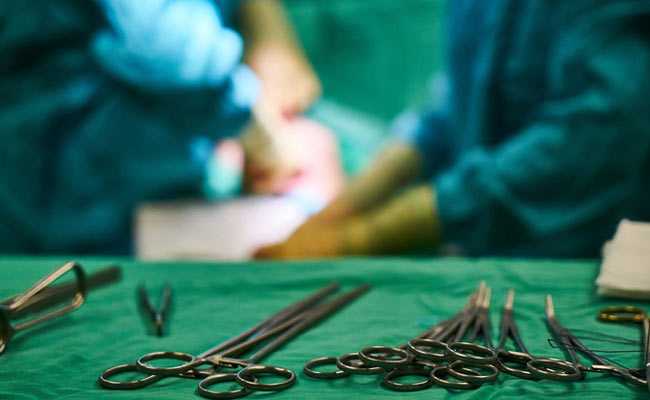 The woman was only allowed into the hospital after welfare committees intervened. (Representational)

Haryana Health Minister Anil Vij today ordered a probe into the allegations that an HIV-positive woman was initially denied admission by the Post Graduate Institute of Medical Sciences (PGIMS) Rohtak even as the hospital authorities rubbished the charge.

The woman, a resident of Sonepat, died at the hospital on Wednesday, days after she was admitted following the intervention of the district child welfare committee and social organisations.

"I have given the orders for a probe into the matter. The incident will be examined and only after that any action can be taken," Mr Vij told reporters in Chandigarh.

The woman had been sitting outside the emergency ward of the hospital since July 10 along with her HIV-positive husband and two children, one of whom is also HIV-positive. On July 14, her husband passed away, reports said.

She was allegedly not given admission to the hospital for the next eight days and she continued to sit outside the hospital, the reports said. She was finally admitted on July 22.

The social organisations blamed the alleged delay by the hospital granting admissionto the woman for her death.

PGIMS Rohtak Director Prof Nitya Nand, however, denied that there was any delay in admitting the woman or any callousness shown towards her.

"Her husband was brought on July 14 to the antiretroviral therapy (ART) centre, but the doctors declared him brought dead. The ART centre collected money and arranged for his funeral," Nand told PTI.

He said after her husband's death, the woman told the hospital authorities that she too was HIV-positive.

"On July 16, a senior resident examined her, but later she left. She reported back late evening on July 21 and had multiple complications. When she was admitted on July 22, the doctors found that she was also suffering from extensive tuberculosis in both lungs, besides other complications," he added.

"She died on July 25 during treatment. No one came to claim her body. Again in her case, we provided free ambulance and other help pertaining to her last rites," he said, adding that the hospital was not to be blamed in the case.

"We have given custody of both (of the couple's) children to the social welfare department," he said.