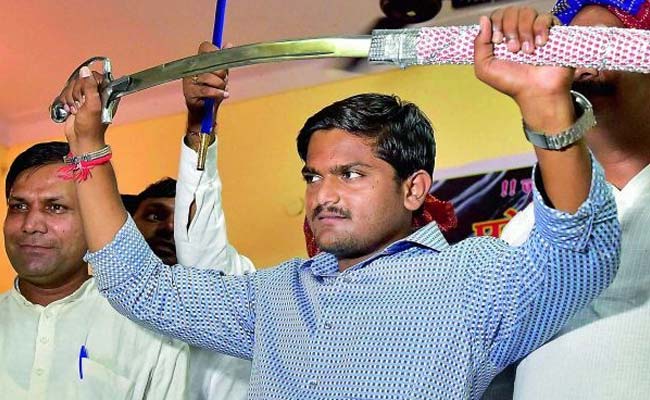 Police says an investigation into the matter is on. (File photo)

Surat: Two mobile phones, as many chargers and a phone battery were recovered from outside a barrack in Lajpore Central Jail where Patel quota agitation leader Hardik Patel is lodged.

One handset was found outside the barrack where Mr Patel is lodged alone putting him under the scanner.

According to jail authorities, the jailer on duty on last evening, during a regular search, found a mobile phone lying outside Mr Patel's barrack.Upon further search, another hand set, a mobile battery and two chargers were found from another spot in the jail premises.

Deputy Superintendent of Police VD Patil said an investigation into the matter is on.

"An FIR has been lodged in this matter. Since one phone was found outside the barrack where Hardik Patel is lodged alone, we infer that the phone was used by him only," Mr Patil said.

Latest Instalment Of Electoral Bonds To Go On Sale From Monday