Salma Ansari's decision comes amid claims of "religious intolerance" across the country. 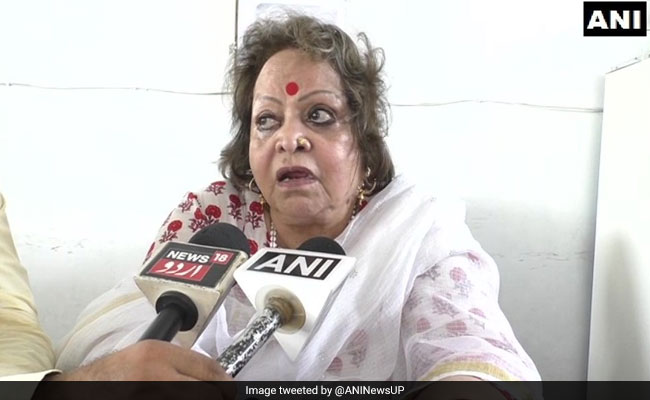 Salma Ansari said she favours capital punishment for those involved in mob killing.

Salma Ansari, the wife of former Vice President Hamid Ansari, has decided to construct a temple as well as a mosque on the premises of a madrasa run by her in Aligarh. The move will serve the dual purpose of promoting "religious harmony" among the people and ensuring the safety of its students amid increasing instances of communal violence, news agency ANI quoted her as saying.

"I hope this becomes a model for all madrasas in India. Besides sending across a message of brotherhood, it will ensure the safety of students who won't have to go outside campus to pray anymore," she said.

In another interaction with news agency IANS, Salma Ansari said she was responsible for the safety of students who reside in the madrasa hostels. "It's our responsibility if anything untoward happens to people when they go outside the madrasa to visit a mosque or a temple. That is why we have decided to construct a temple as well as a mosque on the premises," she explained, adding that her institute has both Hindu and Muslim students.

The country has witnessed several instances of communal violence over the last few weeks, with members of the minority community allegedly being forced to chant slogans in praise of Hindu gods. A few days ago, a group of madrasa students in Unnao district were allegedly thrashed by members of a right-wing group after they refused to chant "Jai Shri Ram" slogans. While a 16-year-old Muslim boy wearing a skull cap was allegedly beaten up in Kanpur for the same reason on June 29, a cab driver in Maharashtra's Thane complained to the police that he was assaulted the previous week by three men who wanted him to shout praises of the Hindu god. Similar incidents were also reported from Assam and other places across north India.

Earlier that month, 24-year-old Tabrez Ansari was beaten to death in Jharkhand by an angry mob that kept telling him to chant "Jai Shri Ram" and "Jai Hanuman". A video of the incident was circulated widely on the Internet.

Many public figures, including Nobel laureate Amartya Sen, have condemned the incidents. "I have not heard Jai Shri Ram being used before (in this way). It is now used to beat up people. If people of a certain religion are scared to move freely or are fear-bound, it is a serious matter," he said during a public event at Kolkata's Jadavpur University earlier this month.

Hyderabad politician Asaduddin Owaisi blamed Hindu nationalist groups for the rise in "religious intolerance" in the country. "Hatred is being created in the minds of the people against Muslims," he said. "People are being beaten up if they do not raise slogans of Jai Shri Ram and Vande Mataram. There are organisations behind such incidents and all of them are linked to the Sangh Parivar."

Salma Ansari, for her part, sought harsher punishment for those found guilty of such crimes. "The death penalty would be a good deterrent against mob killing. Such crimes are a blot on society," she said.