Gyandev Ahuja had announced his resignation from the party earlier this week. He had said that he would contest the election as an independent candidate from Sanganer seat. 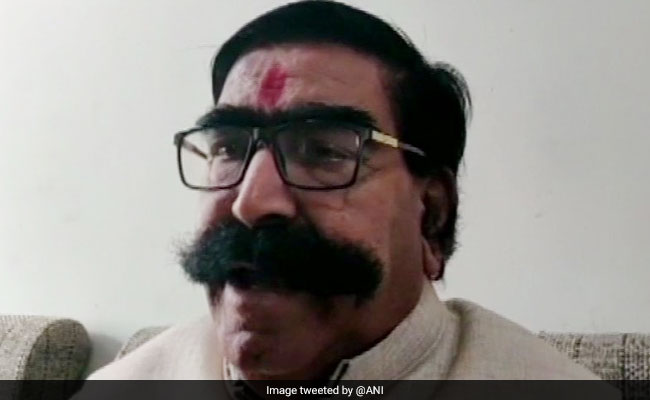 Rajasthan lawmaker Gyandev Ahuja who had rebelled against his party ,the BJP, over refusal of election ticket for the upcoming state assembly election has withdrawn his nomination as an independent candidate. The ruling party has appointed him as the vice president of the state unit.

Mr Ahuja had announced his resignation from the party earlier this week. He had said that he would contest the election as an independent candidate from Sanganer seat. "The party dropped my name without taking me into confidence. I was not even told the reason why my name was dropped. On the advice of my supporters and family members, I resigned from the party. I will now contest the elections from Sanganer seat," he had said.

The 63-year-old had been in the headlines in 2016 for his comments on the Jawaharlal Nehru University during a row over a tribute on its campus to terrorist Afzal Guru, who was hanged in 2013. The lawmaker had made a bizarre comment that "3,000 used condoms and 500 abortion injections," were found on the campus. Mr Ahuja was later admonished by BJP chief Amit Shah for his remarks.

In August, Mr Ahuja said that Hindu girls were being lured into "love jihad" and forced to change their religion. "Our girls have been lured on the pretext of love jihad. But I am giving these people time to bring the girls back safely to their homes. If this is not done, I am telling you, your daughters will not be safe; you have wrongly converted the religion of our girls," he had said.

BJP leader Bhawani Singh Rajawat has also withdrawn his candidature. In the Congress, Ramchandra Sardana has decided not to contest the polls following talks with senior party leaders.

In total, 579 candidates have withdrawn their nominations and the figure is likely to be updated further, a senior official said.