Gujarat To Grant Status Of Religious Minority To Jews

This was revealed by Chief Minister Rupani during his meeting with Israeli Prime Minister Benjamin Netanyahu in Jerusalem. 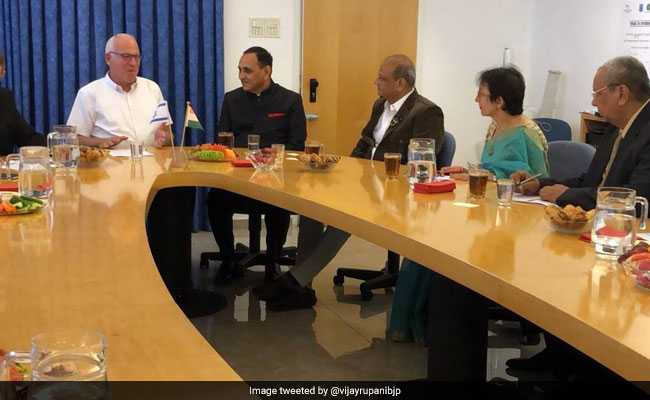 Vijay Rupani is on a six-day visit to Israel.

The Gujarat government will grant the status of religious minority to Jews in the state and a notification to this effect will be issued soon, Chief Minister Vijay Rupani said today, fulfilling a long-pending demand of the community.

This was revealed by Chief Minister Rupani during his meeting with Israeli Prime Minister Benjamin Netanyahu in Jerusalem.

During the 45-minute long meeting, Rupani told Netanyahu that "an in principle decision has been taken to grant Gujarati Jews the status of religious minority".

A notification to this effect shall be issued soon by the government, he said.

Gujarat has a small Jewish community comprising less than 200 members.

The main stronghold of the Jews in Gujarat has pre-dominantly been Ahmedabad, where Magen Abraham Synagogue is located.

Mr Rupani is on a six-day visit to Israel. It is his first trip abroad as chief minister and comes months after he hosted Prime Minister Netanyahu in Gujarat in January.

Promoted
Listen to the latest songs, only on JioSaavn.com
Comments
Vijay RupaniGujaratJews

"Lies, Misinformation, Warmongering": India Hits Out At Pakistan Over Kashmir