In an apparent move to nullify anti-incumbency sentiment, the BJP had denied tickets to nearly 40 of its sitting MLAs in Gujarat elections. 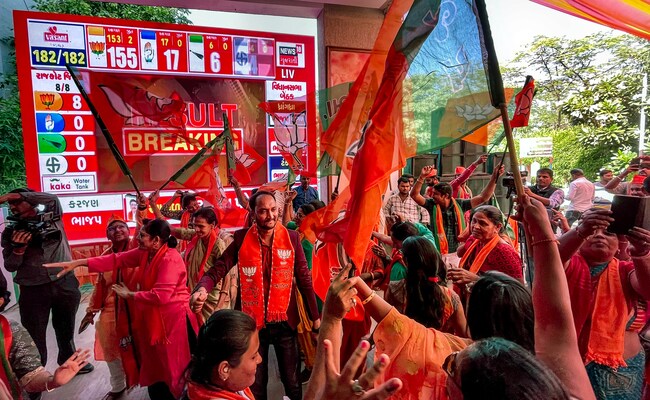 Despite the ruling BJP's massive victory in Gujarat Assembly elections, seven of its sitting MLAs, including a state minister, have lost the polls.

Kirtisinh Vaghela, MLA from Kankrej seat in Banaskantha district and Minister of State for Primary, Secondary and Adult Education, lost to the Congress' Amrutji Thakor, the brother of Gujarat Congress president Jagdish Thakor.

In an apparent move to nullify anti-incumbency sentiment, the BJP had denied tickets to nearly 40 of its sitting MLAs in these elections.

Former cabinet minister and sitting MLA from Chanasma seat in Patan district, Dilip Thakor, lost to the Congress's Dinesh Thakor by a thin margin of some 1,300 votes.

Sitting BJP MLA from Waghodia seat Madhu Shrivastav, who stood as an independent candidate after being denied the party ticket, lost, coming in third.