Gujarat Chief Minister's Office informed that a discussion was held between the Prime Minister Narendra Modi and Bhupendra Patel regarding the state affairs. 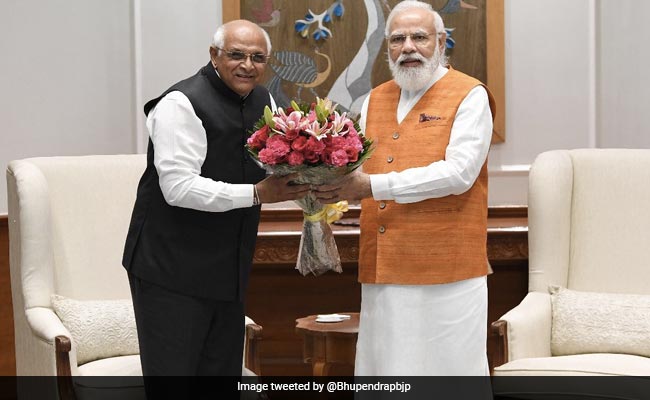 An official statement issued by the Gujarat Chief Minister's Office informed that a discussion was held between the Prime Minister and Mr Patel regarding the state affairs.

Mr Patel reached Delhi today morning for the first time after becoming the Chief Minister. Mr Patel informed PM Modi about the current situation in the state and discussed with the Prime Minister about many issues in the state.

His courtesy meeting with the President lasted for about 20 minutes. He then met Vice President M Venkaiah Naidu and Home Minister Amit Shah.

Vijay Rupani had submitted his resignation to state Governor Acharya Devvrat days ago, just months before the 2022 Assembly elections in the state.