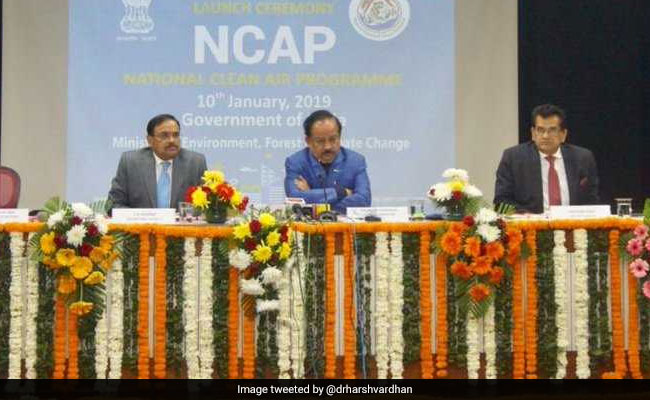 However, the plan drew immediate criticism from environmentalists, who said it lacked a clear framework to tackle toxicity levels that have led to millions of deaths.

India is home to the world's 14 most polluted cities, according to the World Health Organization. Toxic air claimed 1.24 million lives in 2017, a study in Lancet Planetary Health showed last month.

Mr Vardhan said he believed it would substantially improve air quality. "We need to ensure that we give clean air to our children and the generations to come," he said.

The plan aims to push through cuts in industrial emissions and vehicular exhaust fumes, introduce stringent rules for transport fuels and biomass burning and reduce dust pollution. It will also upgrade and increase monitoring systems.

Its launch, put back from last year due to bureaucratic delays, coincides with the annual peak of pollution levels in north India, including New Delhi.

Sunil Dahiya, senior campaigner with environmental group Greenpeace, welcomed the launch of the programme but said it lacked focus and ambition.

"We hoped that the NCAL would be much stronger, would provide sector-wise targets, specific targets for the cities and mention a strong legal backing to take action against non- implementation," he said.

"We hope that the environment ministry shows more seriousness in implementing and strengthening the plan."

As pollution spiked in New Delhi in October and November, the government adopted measures ranging from a temporary ban on construction activities and garbage burning to a clampdown on coal-fired power stations.