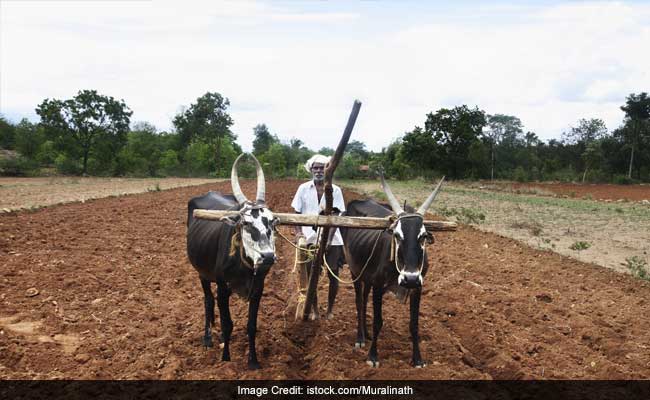 Pandit Deendayal Upadhyay Antyodaya Krishi Puruskar will be given out in Mathura on Monday.

New Delhi: As part of the centenary celebrations of Jan Sangh ideologue Pandit Deendayal Upadhyay being organised across the nation, the Agriculture Ministry will be felicitating farmers at the national and regional level every year starting this year, official sources said today.

Union Agriculture Minister Radha Mohan Singh will give away the Antyodaya Krishi Puruskars at the birth place of Pandit Deendayal Upadhyay in Mathura on Monday, an official said.

The ministry has instituted one award at national level and 11 zonal awards across the nation.

Promoted
Listen to the latest songs, only on JioSaavn.com
The announcement said India has instituted Pandit Deendayal Upadhyay Antyodaya Krishi Puruskar (National & Zonal) from 2016, with the award at the national level comprising Rs 1 lakh and 11 zonal awards comprising of Rs 50,000 each along with a citation and certificate.

"This award has been instituted for recognizing the contributions of marginal, small and landless farmers for developing integrated and sustainable models of agricultural farming," the source said adding all the award winners will be felicitated in award functions being organised in various zones in the presence of political leadership, various state functionaries, scientists and farmers of the region.