Google's Proposal For Street View In India Rejected By Government 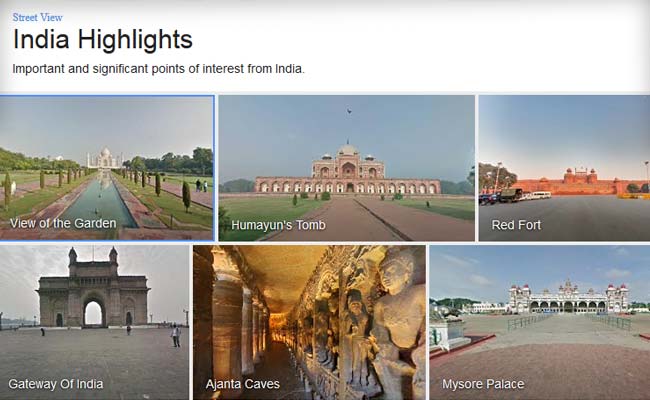 New Delhi: A proposal to roll out Google Street View, an application through which one can explore cities, tourist spots, hills and rivers using 360-degree panoramic and street-level imagery, has been rejected by the government, the Lok Sabha was informed today. The internet services giant wanted to cover most parts of India through Google Street View. The app explores places worldwide through 360-degree panoramic and street-level 3D imagery. Everything that is captured is posted online.

Union minister of state for home Hansraj Gangaram Ahir said Google had submitted a proposal on the Google Street View for the government's permission in July 2015 which allows users to explore places around the world through 360-degree panoramic street level imagery and view public area.

"The government has not agreed to the proposal," Mr Ahir said in a written reply to a question.

As per Google's plans, using the App one could explore Indian cities, tourist spots, hills and rivers through 360-degree panoramic and street-level imagery.

While it has been extensively used in the US, Canada and many European countries, its application in India was initially permitted only for a few locations.

Google had on an experimental basis launched street view for some tourist sites such as the Taj Mahal, Red Fort, Qutub Minar, Varanasi river bank, Nalanda University, Mysore Palace, Thanjavur temple and Chinnaswamy stadium, in partnership with the Archaeological Society of India.

Google Street View is a technology featured in Google Maps and Google Earth, which provides panoramic views from positions along many streets in the world.

It was launched in 2007 in several cities in the US and has since expanded to include cities and rural areas worldwide.
Comments
Google Street ViewGoogle Maps