Google Search Will Show Badaun-Type Incidents in Other Places Too: Akhilesh Yadav 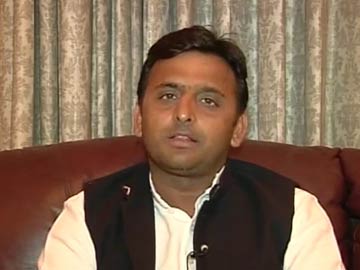 The Chief Minister also accused the media of playing up incidents taking place in Uttar Pradesh.

Mr Yadav said that the state government has taken action whether it is the Badaun case or any other similar incidents.

The Uttar Pradesh government had on Monday directed authorities to launch a helpline in every district of the state to deal with women harassment complaints.

Meanwhile, the family of the two young girls who were gang-raped and found hanging from a tree in Badaun, have said they are being threatened.

"We are feeling scared, we are being threatened that the media will leave, leaders will leave but the government will stay for three more years. They say hum mahabharat kar dengey (we'll cause a war)," the father on one of the girls said on Monday.

The tiny village has been overrun with politicians and media teams since the day the two girls, cousins aged 14 and 15, were found dead, which caused global outrage.

Promoted
Listen to the latest songs, only on JioSaavn.com
The girls' families have now demanded that central forces be deployed to protect them as they do not trust the state police.