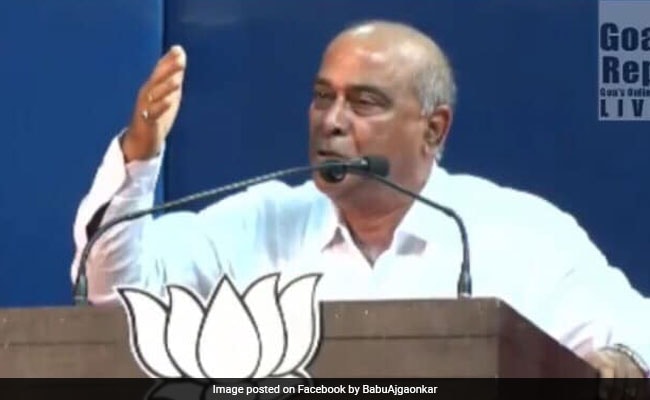 BR Ambedkar had backed the idea of a 'Dalitstan' for Dalits, Manohar Ajgaonkar said.

BR Ambedkar had backed the idea of a 'Dalitstan' for Dalits but India remained united, Goa Deputy Chief Minister Manohar Ajgaonkar said in the Legislative Assembly on Monday.

"You know Pakistan, when it was created, all Muslims went there. It became a Muslim state. Hindustan is not a Muslim or Hindu state. Some people say it will become a Hindu state. When you say Hindus, it includes all communities, Catholic, Hindus, Muslims, Dalits," Mr Ajgaonkar said.

"Babasaheb Ambedkar had said that there will be another Dalitstan for Dalits. But we are all together," Mr Ajgaonkar added.

The Deputy Chief Minister is the only MLA belonging to the Scheduled Castes in the 40-member Goa Assembly.

Backing the CAA, Mr Ajgaonkar also said that the Prime Minister would never think of "snatching away anybody's citizenship".

"Catholics and Muslims have woken up these days. Grand meetings are being held everywhere. What has been done to you all? This country is one. No community needs to worry," Mr Ajgaonkar said.