Michael Lobo had been openly critical of his party in recent months, and has said it is not the party that former Chief Minister Manohar Parrikar had built. 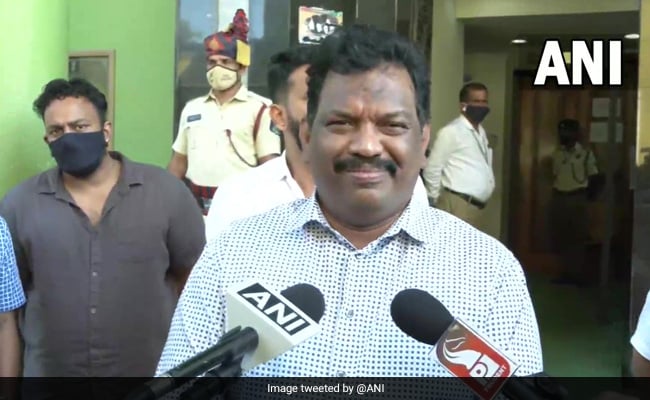 Michael Lobo said that leaders close to Manohar Parrikar were being side-lined in the party.

Goa minister Michael Lobo quit the BJP today, just a month before polls in the state, saying it is "no longer a party for the common man". The BJP said "a few defections" driven by greed would not hurt the party at all.

Reports suggest he is heading to the Congress in a reversal of the trend in the past few years.

Michael Lobo, who has a strong influence over at least half a dozen of Goa's 40 constituencies, will be seen as a big catch for the Congress, which barely missed taking power after the 2017 election.

"I have resigned from both the posts (minister and MLA). I will see what steps are to be taken next. I have also resigned from the BJP," Michael Lobo, who was in charge of the state waste management department, told reporters.

"Voters told me that the BJP is no more a party of the common people," he said, defending his move.

He was noncommittal on whether he would join the Congress, claiming that he was in talks with parties. "Whichever party I join, I will ensure that they win maximum seats," he said.

Goan people have seen BJP's governance and development model for a decade and I am sure that they will give us another term in their service. Jai Hind, Jai Goa. 2/2

Michael Lobo had been openly critical of his party in recent months, commenting repeatedly that the BJP was no longer the party that former Chief Minister Manohar Parrikar had built.

He had a public falling out with Pramod Sawant, who took charge after Manohar Parrikar's death in 2019.

He had said that leaders close to Manohar Parrikar were being sidelined in the party.

Mr Lobo's exit may impact the BJP in Goa's Bardesh, which has six assembly seats including his own constituency Calangute. On Sunday, Mr Lobo was seen at the launch of the campaign of a Congress candidate from Saligao, the constituency near Calangute.

But his speculated entry into the Congress has stirred some discontent in the party.

For one, the Congress had once targeted Mr Lobo over alleged corruption in land deals in Calangute.

According to reports, he has pitched for a list of candidates, including his wife Delilah.

The BJP was reportedly not inclined to field Delilah Lobo, who has been campaigning from Siolim constituency.

Sources close to Mr Lobo, however, pointed out that two years ago, Babush Monserrate was taken into the BJP from the Congress, along with his wife Jennifer.

Goa will vote for a new assembly on February 14. Election results in Goa and four other states will be declared on March 10.