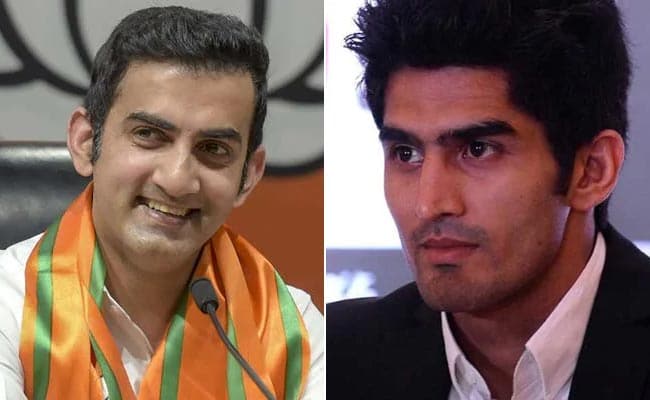 From the boxing ring to the election battleground, boxer Vijender Singh is starting his political innings as a Congress candidate for the ongoing Lok Sabha Elections. The 33-year-old Olympic bronze-medallist will be contesting from South Delhi constituency which goes to polls on May 12. He is not the first sports star to enter active politics. Yesterday, cricketer Gautam Gambhir was chosen to contest general election from East Delhi constituency on BJP ticket. The Padma Shri awardee and former Indian opening batsman, who retired from cricket in December after a 15-year stint, had joined the party last month.

While the two ace sports stars will fight it off in the national capital, Rajasthan's Jaipur Rural parliamentary constituency will also see a heated contest between two Olympians. 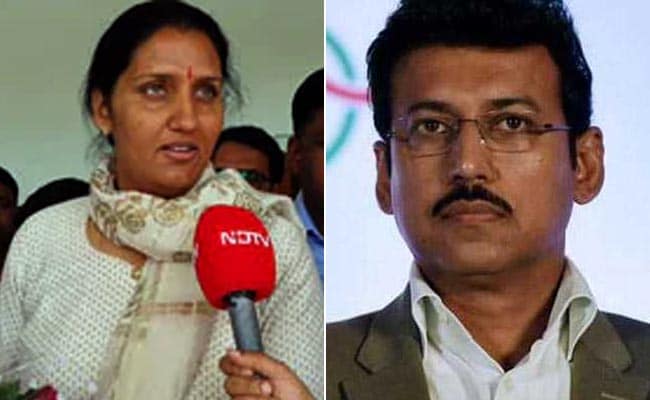 Olympian shooter-turned-politician Rajyavardhan Rathore, the sitting lawmaker in Jaipur Rural, will be contesting as BJP candidate from the same seat.

Mr Rathore, 49, won a silver medal for India at the 2004 Athens Olympics and gold at the Commonwealth Games at Manchester in 2002 and Melbourne in 2006. In the four years, he won 25 medals at various international championships.

Contesting against him will be Congress' Krishna Poonia, the Indian woman track-and-field athlete. Ms Poonia, 36, won a gold medal at the 2010 Delhi Commonwealth Games. She also participated in three Olympics and was awarded the Padma Shri in 2011.

Krishna Poonia, who is originally from Haryana, won last year's Rajasthan assembly election from Sadulpur after a loss in the previous election.

Jaipur Rural goes to polls on May 12. 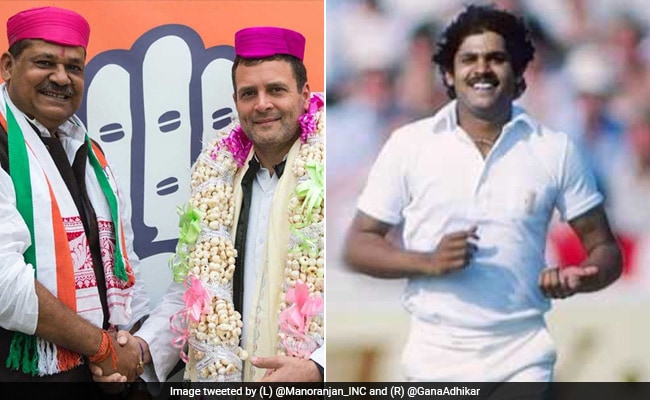 Two former veteran cricketers Kirti Azad and Mohammad Azharuddin will also be in the contest for the Lok Sabha polls 2019.

Kirti Azad will be contesting from Dhanbad Lok Sabha constituency in Jharkhand that goes to polls on May 12. Mr Azad, who was suspended by the ruling BJP for anti-party activities, had joined the Congress in February.

Mohammad Azharuddin, one of the star campaigners of the Congress, is the working presidents of the Telangana Pradesh Congress Committee (TPCC). He had won Moradabad Lok Sabha seat from Uttar Pradesh in 2009 general election but had faced a crushing defeat from Tonk-Madhopur in Rajasthan at the hands of BJP's Sukhbir Singh Jaunapuria in 2014 national elections. His Lok Sabha seat is yet to be announced by the Congress.