The Akash missile system has the capability to neutralise aerial targets such as fighter jets, cruise missiles and air-to-surface missiles 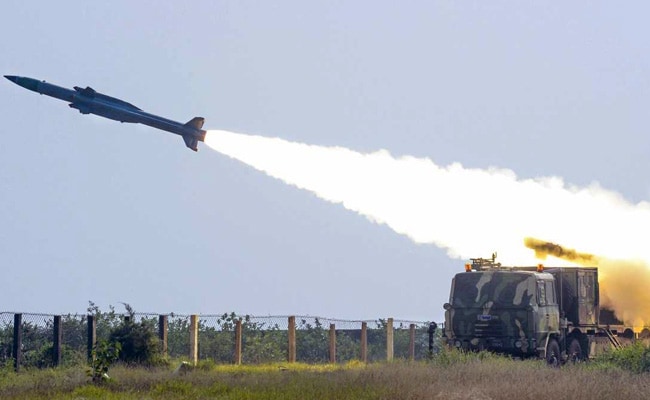 There is a growing demand for the Akash, an all-weather medium-range surface-to-air missile, and many nations have shown interest in it, DRDO Chairman S Christopher told reporters here.

Developed by the DRDO, the Akash missile system has the capability to neutralise aerial targets such as fighter jets, cruise missiles and air-to-surface missiles as well as ballistic missiles.

Talks were underway with the countries and "it (orders for the missile) will come", Christopher said without divulging further details.

To a query on the allocation for research and development, he said this year the organisation has a budgetary allocation of Rs 2,000 crore.

Mr Christopher, who was here to participate in a function, also said there were export inquiries for the BrahMos missile.

BrahMos is a joint venture between the DRDO of India and the NPO Mashinostroyenia (NPOM) of Russia.

PSU Bharat Dynamics Ltd Chairman and Managing Director, V Udaya Bhaskar said the Akash missile is going to be in good demand for another three to four years as both the Indian Air Force and the Indian Army need them in good numbers.

Promoted
Listen to the latest songs, only on JioSaavn.com
L&T Board whole-time Director (Defence) Jayant Patil said a new aerospace facility in the district will become operational in another 10 months and it will manufacture rocket motors for ISRO.

The defence arm of the L&T, which has so far invested Rs 500 crore in the unit here, is also supplying air frame to BrahMos missile and will expand the product range in the near future.
Comments
Akash MissileDRDO