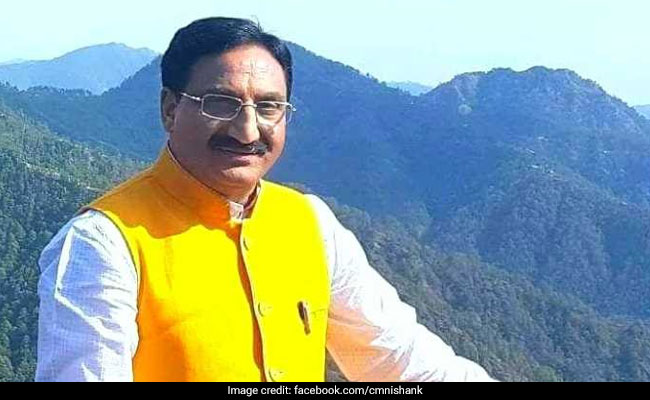 Ramesh Pokhriyal Nishank was the Chief Minister of Uttarakhand from 2009 to 2011. He has written several books in Hindi.

"Amit Shah is a rare person who does what he says he will do and brings results. He called me around noon and gave me his blessings. I was then asked to attend Prime Minister Narendra Modi's oath ceremony," the BJP leader told NDTV.

He was elected to the Uttar Pradesh assembly for the first time in 1991 from Karnaprayag constituency. After Uttarakhand was formed in the year 2000, he headed 12 departments, including finance, revenue, taxes and drinking water in the hill state.

On his official website, the parliamentarian says he "resolved complex and sensitive issues like inclusion of Haridwar and Udham Singh Nagar in Uttarakhand state with the help of political skill, knowledge and sound coordination".

He says he has made successful attempts to encourage small scale industries to operate from the hill state. Ramesh Pokhriyal Nishank launched the "Tang Ganga" campaign to clean up th river Ganga.