As per the notification issued by the state Home Department, DG Vanzara has been promoted as the IGP with effect from September 29, 2007. 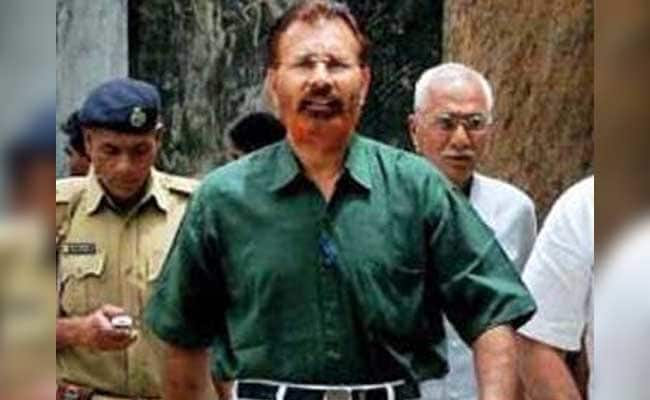 DG Vanzara had retired as the Deputy Inspector General of Police on May 31, 2014 (File)

Former IPS officer DG Vanzara, who was accused in the alleged fake encounters of Ishrat Jahan and Sohrabuddin Sheikh and was later discharged in both the cases, has been given post-retirement promotion as the Inspector General of Police (IGP) by the Gujarat government, six years after he retired from service.

As per the notification issued by the state Home Department, a copy of which Mr Vanzara tweeted on Tuesday night, he has been promoted as the IGP with effect from September 29, 2007.

Additional secretary to the state home department, Nikhil Bhatt, on Wednesday confirmed that his department has issued a notification about Mr Vanzara's promotion.

He was suspended by the state government in May 2007 after his arrest in connection with the alleged fake encounter case of Sohrabuddin Sheikh.

Later, he was also made an accused in the Ishrat Jahan case.

The former IPS officer was subsequently discharged in both the cases by special CBI courts, first in August 2017 in the Sohrabuddin Sheikh case, and then in May last year in the Ishrat Jahan case.

"Consequent to clean chit received from Judiciary in all Encounter Cases vch (which) were concocted by Anti-National Forces agnst (against) me & Gujarat Police, I am given Post-Retirement Promotion of Inspector General of Police wef 29-09-2007. I am thankful to both Govt of India & Govt of Gujarat," Mr Vanzara tweeted along with the copy of the government notification.

After his arrest in March 2007 by the state CID, Mr Vanzara remained in jail for around seven years.

The Sohrabuddin case was transferred to Mumbai in September 2012. He was serving as Deputy Inspector General of Police (DIG) of Border Range at the time of his arrest.

Sohrabuddin Sheikh was killed in an alleged fake encounter near Gandhinagar in November 2005, after which his wife disappeared. According to the CBI, she, too, was killed.

The central agency had claimed that Tulsiram Prajapati, Sheikh's aide and an eyewitness to the alleged encounter, was later killed by the police at Chapri village in Gujarat's Banaskantha district in December 2006.