India was elected in October to the UN Human Rights Council, where the representation is by countries and not individuals. 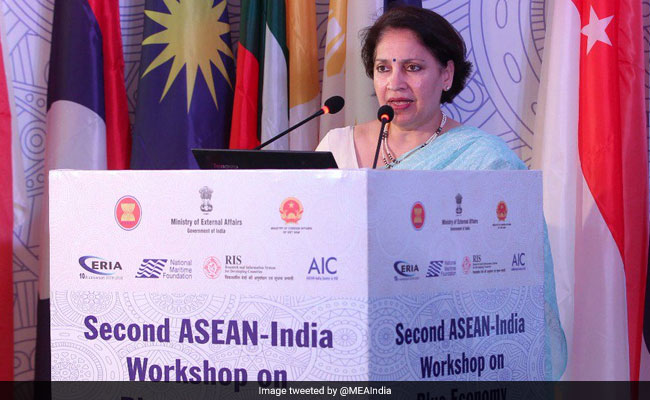 Preeti Saran retired from the foreign service in September.

Former senior Indian diplomat Preeti Saran has been elected unopposed to an Asia Pacific seat on the Committee on Economic, Social and Cultural Rights (CESCR) of the UN.

The UN's Economic and Social Council (ECOSOC) elected the recently-retired External Affairs Ministry Secretary (East) by acclamation on Wednesday to the 18-member committee of experts that monitors the implementation of the International Covenant on Economic, Social and Cultural Rights (ICESR).

Ms Saran will begin her four-year term on January 1, after another former Indian diplomat, Chandrashekhar Dasgupta, completes his third term on the CESCR at the end of this year.

Thanks to all our friends for electing by acclamation India's candidate Amb. Preeti Saran to @UN Committee on Economic Social & Cultural Rights for 4 year term starting on 1 January 2019. 🙏🏽 pic.twitter.com/A1dHzzu6Ms

Members of the CESCR serve in their personal capacities as experts and do not represent their countries even though they may have been nominated by their own nation.

India was elected in October to the UN Human Rights Council, where the representation is by countries and not individuals.

It received 188 votes in the 193-member General Assembly, the highest number polled by any of the contestants.

When the rotating elections for the nine members to start their terms next year on the CESCR was held in April, Heisoo Shin of South Korea was re-elected but the Asia Pacific region did not have a nominee for the second seat leading to the postponement of the election for it.

While any country from the Asian Pacific group was free to put up a candidate for that seat, none did deferring to India, according to diplomatic sources.

In November, India nominated Ms Saran, who had retired from the foreign service in September, and her nomination was circulated to UN members by Secretary-General Antonio Guterres on November 23, paving the the way for Wednesday's delayed election.

Ms Saran's election will add a woman to the CESCR, which has been criticised for having only five women on the 18-member panel.

An international NGO, the Global Initiative for Economic, Social and Cultural Rights, which monitors the CESCR, commented earlier in 2018, "Unfortunately the gender balance on the Committee remains poor."

"States should be very concerned by this gender imbalance on a UN human rights treaty body, particularly given the Committee's mandate to monitor implementation of States obligations to ensure the equal right of men and women to the enjoyment of all economic, social and cultural rights," it said.

CESCR was set up in 1985 by the ECOSOC to monitor on its behalf the implementation of the International Covenant on Economic, Social and Cultural Rights, which has been ratified by 169 countries.

Countries that are parties to the covenant are required to submit reports to the CESCR every five years on how they protect those rights.

The CECSR meets in Geneva for four weeks every year. The other Asian member is Shiqiu Chen of China, whose term ends in 2022.

During her 36-year diplomatic career, Ms Saran had also served as the ambassador to Vietnam and was a minister and a counsellor at India's mission to the UN in Geneva.