A massive operation was underway to trap the injured tiger which had given the slip to nearly 100 forest department staff and officials. 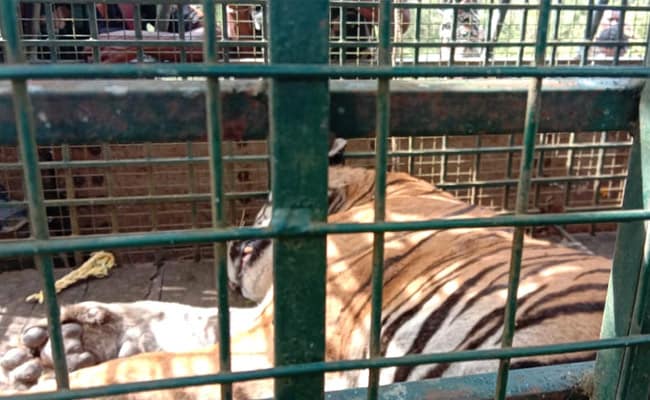 The elusive maneater tiger, on the prowl in Tamil Nadu's Nilgiris district for over a year, has been captured alive by the forest department officials today. The tiger had allegedly killed four people in the span of a year.

The 13-year-old tiger has been sedated and has gone through the protocol band, officials told NDTV, adding, the animal is being taken to a zoo in Mysuru since he is not fit enough for a long journey.

"Four doctors are accompanying the tiger to the Mysuru Zoo where he will be rehabilitated. We have obtained all necessary clearances", Chief Wildlife Warden Shekhar Kumar told NDTV.

Earlier this month the Madras High Court had asked the state officials to ensure that very few people intrude the forest to search for the animal monikered "MDT23" and that it is captured and not killed. The state, in its reply, told the court it had no plans to kill the animal.

The bench was hearing a petition seeking to ensure that the tiger, perceived to be dangerous, is captured alive and no steps are taken to kill it.

A massive operation was underway to trap the injured tiger which had given the slip to nearly 100 forest department staff and officials, including some from the Special Task Force from Kerala and tamed elephants for weeks.