The Chief Secretary is the top executive officer of a state and acts as the principal advisor to the state government on all matters of administration. 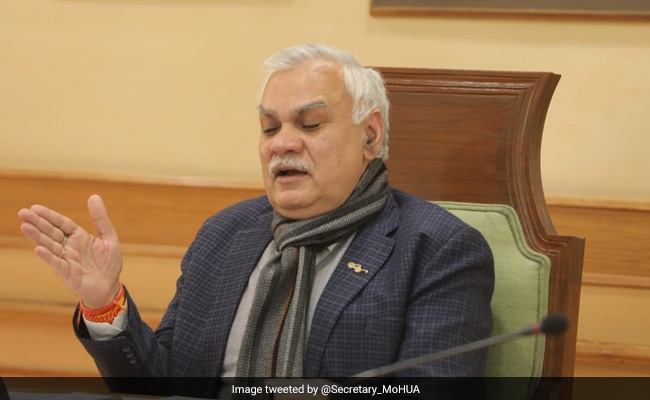 The Chief Secretary is the top executive officer of a state.

Ahead of the Uttar Pradesh assembly elections early next year, Durga Shankar Mishra, Secretary, Ministry of Housing and Urban Affairs, has been repatriated to the state cadre. He will be the next Chief Secretary of the state.

Mr Mishra, a 1984 batch IAS officer of Uttar Pradesh cadre, was due to retire on Friday.

The Chief Secretary is the top executive officer of a state and acts as the principal advisor to the state government on all matters of administration.

"The Appointments Committee of the Cabinet has approved repatriation of Shri Durga Shankar Mishra, lAS (UP: 1984) to his cadre for his proposed appointment as Chief Secretary, Uttar Pradesh by the State Government of Uttar Pradesh," the order regarding the move read.

At present, Rajendra Kumar Tiwari, a 1985 batch IAS officer, is the Chief Secretary of Uttar Pradesh. Mr Tiwari is due to retire in February 2023.

Mr Mishra is also the Chairman of the Delhi Metro Rail Corporation and the President of the IAS Association.

The Personnel Ministry had in an order on Monday named Manoj Joshi as the new Housing and Urban Affairs Secretary in place of Mr Mishra. Mr Joshi, a 1989 batch Kerala cadre IAS officer, has been appointed as Officer on Special Duty in the Ministry of Housing & Urban Affairs.

The officer will take over as Secretary, Ministry of Housing & Urban Affairs upon the superannuation of Durga Shanker Mishra, on December 31, the order said.