The US President had earlier today cast doubts over the likelihood of a significant trade deal ahead of his visit. 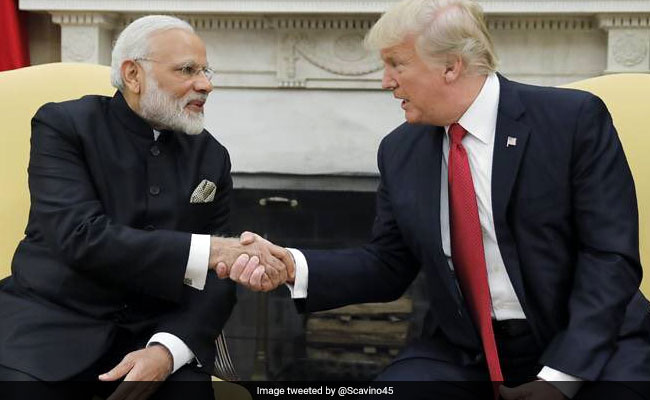 Donald Trump said a major trade deal was unlikely to be signed before the US elections.

Hours after US President Donald Trump hinted that he may not strike a trade deal with India in the run-up to his upcoming visit to the country, sources in the central government also said that it does not want to rush "complicated" issues.

"We don't want to rush into a trade deal. Trade deals are complicated, and we want a win-win situation for both sides," a source said, indicating that arriving at such an agreement before Donald Trump's visit was unlikely.

The source, however, said that some defence deals are expected to come through.

The US President, who is expected to be in India through February 24 and 25, had earlier today cast doubts over the likelihood of a significant trade deal ahead of his visit. "Well, we can have a trade deal with India, but I'm really saving the big deal for later on," Bloomberg quoted him as telling reporters before leaving the White House for a trip to California.

In his interaction, Donald Trump also seemed to indicate an imbalance in US-India trade relations. "We're not treated very well by India, but I happen to like Prime Minister (Narendra) Modi a lot," he said, clarifying that the "very big trade deal" he wants to strike with India may not happen before the US presidential elections.

Trade talks between the two countries have centred on Washington's demands for greater access to the Indian market in keeping with demands from American medical firms and dairy farmers. It was because of this very factor that India found its privileges under the United States' Generalised System of Preferences programme for developing countries being suspended last year.

But these concerns are unlikely to throw a shadow over Donald Trump's first-ever visit to India, expected to cover Ahmedabad, New Delhi and Agra. Just after noon on Monday, the day of his arrival, the US President will appear with PM Modi at the open-press "Namaste Trump" event at the newly built Sardar Vallabhbhai Stadium at Motera for an event very much like the "Howdy Modi" extravaganza in Houston last year.

Donald Trump, who will be accompanied by US First Lady Melania Trump, will later fly down to Agra for an evening visit to the Taj Mahal. Government sources, however, said they do not know if PM Modi will perform the "dandiyaa raas" with the US President.

(With inputs from Bloomberg)