The fast-food chain made the announcement while congratulating Ms Chanu on Twitter. 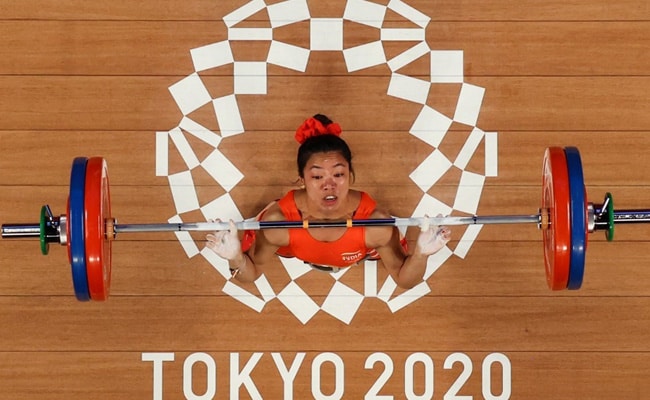 Mirabai Chanu, after her Olympic win, told NDTV she is going to eat a pizza

The ongoing Tokyo Olympics began on a sweet note for India as weightlifter Mirabai Chanu opened the country's tally at the tournament with a silver medal. On Saturday, Ms Chanu put an end to India's dry spell of 21 years in the weightlifting category with a win in the 49kg category. The champion's victory came as a result of years of continued training and sacrifices, some that involved bidding goodbye to her favourite foods. But now that she had managed to bag the honour at the quadrennial competition, she is ready to treat herself. Speaking to NDTV, Ms Chanu had said that she could not wait to treat herself to some pizza.

“First, I am going to have a pizza. It has been a long time since I have not eaten one," Mirabai Chanu told NDTV. "And I have waited for this day for a long time, so first I'll have a pizza," she said. And it looks like Domino's Pizza, the popular pizza restaurant chain, is ready to treat Ms Chanu and not just this one time.

Amid a flurry of tweets to celebrate the champion, Domino's Pizza announced that they would be treating Ms Chanu to “free pizzas for life”. Quote-tweeting a post by NDTV in which Ms Chanu can be heard confessing her love for the Italian classic, Domino's Pizza wrote, “Mirabai Chanu, Congratulations on bringing the medal home! You brought the dreams of a billion+ Indians to life and we couldn't be happier to treat you to FREE Domino's pizza for life. Congratulations again!”

@Mirabai_chanu Congratulations on bringing the medal home! ????????????You brought the dreams of a billion+ Indians to life and we couldn't be happier to treat you to FREE Domino's pizza for life ????????
Congratulations again!! #DominosPizza#PizzasForLife#Tokyo2020#MirabaiChanuhttps://t.co/Gf5TLlYdBi

Twitter users were quick to appreciate the gesture and flooded the comments section with positive responses. One user joked that the move by Domino's Pizza was enough to get him to start exercising.

Me after getting free pizza inspiration pic.twitter.com/IQ0nd5xrWz

Another user said that thanks to this announcement he would only be buying Domino's Pizza from now on.

“Anything for the commentators?” asked sports commentator Sunil Taneja

“How I wish they heard me also and said, "Thathastu" when I crave for pizzas,” said another user.

@dominos_india surely knows how to be there when people need them!

How I wish they heard me also and said, "Thathastu" when I crave for pizzas https://t.co/InxR6yTGBX

“Even I have completed the Helicopter Mission in GTA Vice City. Isn't it an accomplishment?” joked one user.

@dominos_india Even I have completed the Helicopter Mission in GTA Vice City. Isn't it an accomplishment? ???????????? https://t.co/2mnK3Bv6VD

Tell us what you think of the gesture in the comments.