Did UP Police Try To Cover Up Hathras Case? What CBI Chargesheet Says

Hathras case: The CBI said the UP police ignored the woman's allegation of sexual assault and did not conduct any medical examination, which led to the loss of time and forensic evidence 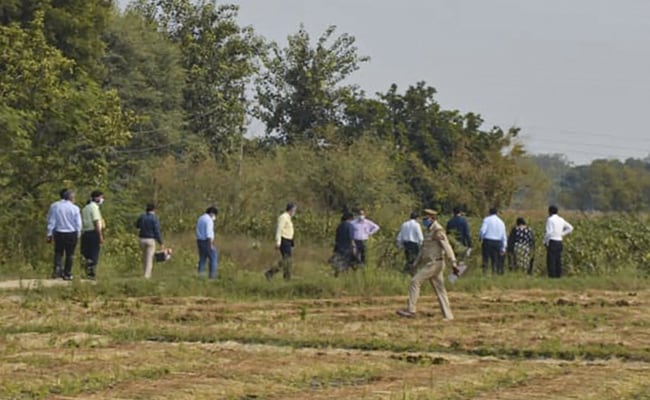 Hathras case: The 20-year-old Dalit woman was raped and killed, the CBI said.

A list of police lapses have been drawn up by the Central Bureau of Investigation in its chargesheet in the case of alleged gangrape of a 20-year-old in Hathras that had shocked the nation. The agency mentioned lapses on at least four counts, starting with the police not writing down the woman's oral statement. The police also twice ignored her allegation of sexual assault and did not conduct any medical examination, which led to loss of forensic evidence, the agency said.

In the chargesheet, the agency said the role of erring UP Police officials is being investigated.

The woman -- who was from the Dalit community -- died at a Delhi hospital days after the alleged assault by four so-called upper caste men in September.

Her horrific injuries, topped by the UP police handling of the case -- especially the move to cremate her body at 2 am keeping her family locked up -- had evoked outrage across the nation.

The postmortem report, however, gave a clean chit to the men, saying there was no evidence of sexual assault, though it mentioned tears in her private parts.  The report said the woman suffered multiple fractures, paralysis, severe spinal injury and a deep gash in her tongue.

Thereafter, the main accused claimed that he and the others were being framed in the case and it was the woman's family that was torturing her for her relationship with him.

The CBI, which took over the case after orders from the Supreme Court, said the woman's oral statement was not put in writing at the Chandpa Police Station when she came on September 14. It was written down five days later and she was medically examined for sexual assault only on September 22 -- eight days after the incident.

The delay led to the loss of forensic evidences in the case, the agency said.

"The victim on 14.9.2020 at PS Chandpa uttered the word 'zabardasti' (use of force) but it was neglected," the chargesheet said. No medical examination was made or rape laws applied.

"Again on 19.9.2020 the girl expressed in her statement to the police the word Chedkhani (molestation)... that time only Section 354 added but again neither police requested/referred for medical examination in light of sexual assault," the chargesheet read.

"Only on 22.9.2020, after victim explicitly stated the word 'balathkhar (rape)' against the four accused, the sexual assault examination was carried out by the medical authorities," the chargesheet read.

While recording her statement in writing for the first time, the police did not add the names of the two other accused, though it was mentioned, the CBI said.

The agency has charged the four accused with gangrape and murder and under the SC/ST (Prevention of Atrocities) Act. The agency has sought more time to conclude its investigation after which the Lucknow Bench of the Allahabad High Court has named January 27 as the next date of hearing.