Dev Deepawali Mahotsav in Varanasi: Prime Minister Narendra Modi on Monday offered prayers at the famous Kashi Vishwanath Temple in Varanasi on Dev Diwali or Dev Deepawali. PM Modi visited his constituency Varanasi on the auspicious day of Kartik Purnima when the Dev Deepawali Mahotsav takes place. On both sides of the Ganga, the ghats have been decorated with thousands of diyas on Dev Diwali also called the 'Diwali of the Gods'. Ahead of attending prayers at Kashi Vishwanath Temple, PM Modi dedicated the six-lane, 73-kilometre Varanasi-Prayagraj National Highway to people. He also inspected the Kashi Vishwanath Mandir corridor project.

PM Modi took to Twitter and posted a spectacular video of Dev Diwali in Varanasi.

The Raj Ghat and Chet Ghat have been decked up for Dev Deepawali celebrations.

Dev Deepawali being celebrated at the ghats of Varanasi city pic.twitter.com/dO7q6fEdJk 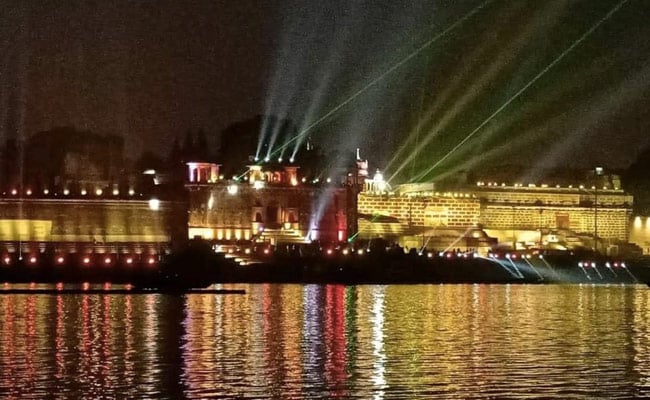 Dev Diwali 2020: Laser show was held as part of the Dev Deepawali Mahotsav in Varanasi on Sunday

PM Modi will also visit the Ravidas Ghat Jetty and pay floral tribute to the statue of Sant Ravidas. Before flying back to New Delhi, the Prime Minister will visit the Sarnath Archeological site and watch a light and sound show.