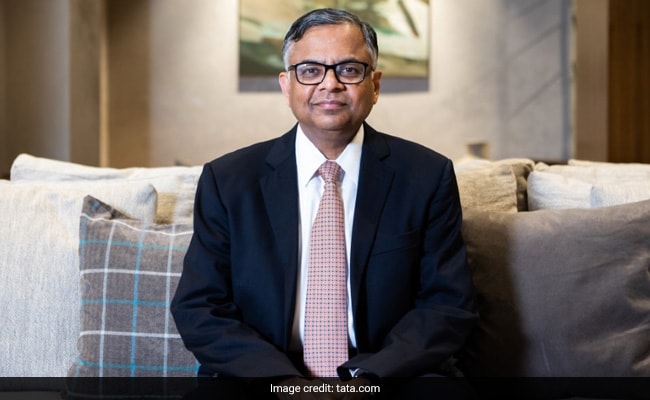 Tata Sons Chairman N Chandrasekharan has reached out to the Air India family with a big welcome on a day the salt-to-software conglomerate took over the airline from the government.

In a letter addressed to "members of the Air India family", Mr Chandrasekharan said he is "convinced that the golden age of Air India lies ahead."

"Our journey towards it starts now. Welcome. And welcome back," he said of the airline founded in 1932 under the name, Tata Airlines, by family scion and aviation enthusiast JRD Tata.

"I have learned that to preserve what is best about the past, requires constant change. It is by evolving, adapting and embracing the future that we best honour a glorious history... The entire nation's eyes are on us, waiting to see what we will achieve together. To build the airline our country needs, we need to look to the future," the Tata Sons Chairman said in the letter. 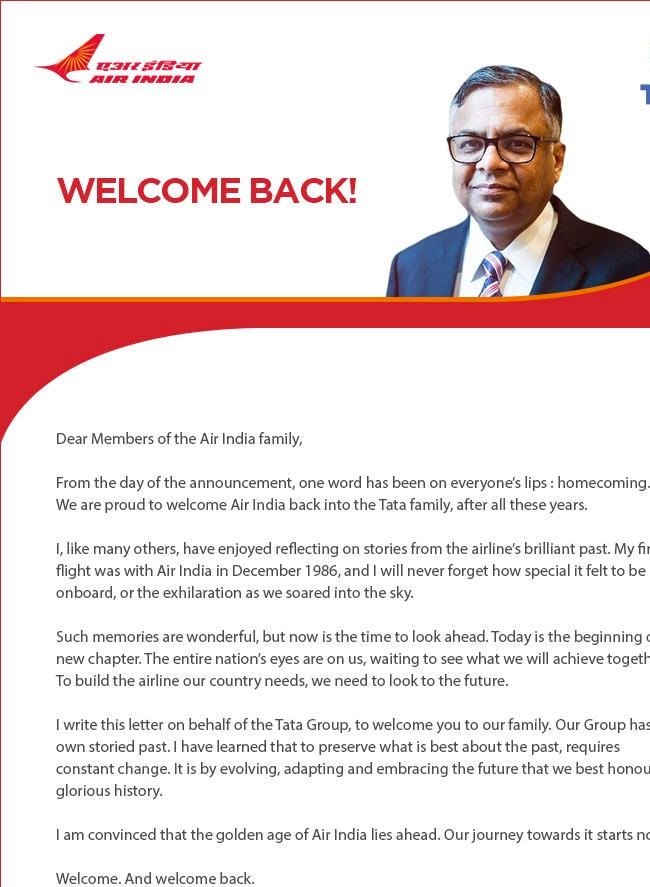 Air India is the third airline brand in the Tatas' stable - it holds a majority interest in AirAsia India and Vistara, a joint venture with Singapore Airlines Ltd.

Air India is the third airline brand in the Tatas' stable - it holds a majority interest in AirAsia India and Vistara, a joint venture with Singapore Airlines Ltd.

"On an emotional note, Air India, under the leadership of Mr JRD Tata had, at one time, gained the reputation of being one of the most prestigious airlines in the world. Tatas will have the opportunity of regaining the image and reputation it enjoyed in earlier years. Mr JRD Tata would have been overjoyed if he was in our midst today," Tata Sons Chairman Emeritus Ratan Tata had said in October last year after the group won the bid.

The transaction does not include non-core assets including land and building, valued at Rs 14,718 crore, which are to be transferred to the government's holding company AIAHL.

Air India's total debt at the time when Tata Sons won the bid stood at over Rs 60,000 crore; the government had been losing nearly Rs 20 crore every day.