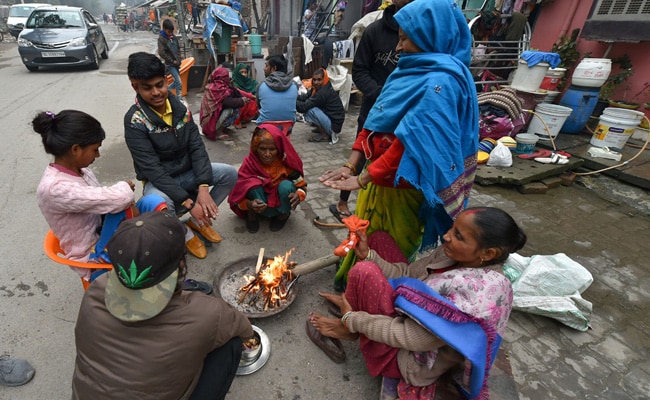 A cold wave has gripped northern parts of India with Delhi temperature recorded as 5.8 degrees Celsius, settling two notches below normal, a weather official said. The maximum temperature will hover around 17 degrees Celsius, the official added. Over 25 trains were running late by 2-6.5 hours due to shallow fog in various parts, a railway official was quoted as saying by news agency Press Trust of India.

The humidity level was recorded at 97 per cent and the air quality was in "very poor" category (331) on Thursday morning.

In Ghaziabad, all government and private schools up to class 12 have been closed for the next two days due to the severe cold wave in the region.

The schools were ordered to be shut per an order issued by Ghaziabad District Magistrate (DM) Ajay Shankar Pandey.

In Kanpur, all schools were closed today due to cold weather conditions, according to an order issued by Kanpur DM Vijay Vishwas Pant.

In Moradabad, all classes for school students till Class 8 will remain closed from December 26 till December 28 due to cold wave conditions.

In Aligarh too, all schools and colleges to remain closed till December 28, reported news agency ANI.

In Haryana, schools will remain closed on Thursday in view of intense cold.

State Education Minister Kanwar Pal said that December 26 will be a holiday in all government and private schools. He has directed authorities to ensure strict compliance of instructions, the statement said.

The weather department has predicted that severe cold will continue over the next couple of days.

The India Meteorological Department said that severe cold accompanied by fog is expected in parts of Punjab, Haryana, Chandigarh, Delhi, Uttar Pradesh and north Rajasthan today. The weather office further said that thundershowers are expected at some places in the plains and low hills of Himachal Pradesh.