The petitioners had approached the top court after the High Court gave the police a month to provide an update on action taken against the leaders accused of inciting violence over the controversial citizenship law. 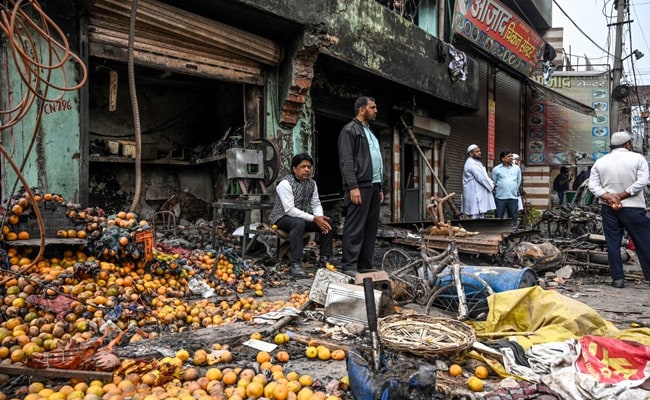 The violence in Delhi last week left 53 people dead and more than 200 injured.

A clutch of petitions filed in connection to the Delhi violence -- some of them seeking action against BJP leaders responsible for hate speech -- will be heard by the Delhi High Court today. The hearing was ordered by the Supreme Court, which, on Wednesday, expressed disapproval for the High Court's long adjournment of the matter.

"We request the High Court to deal with these cases expeditiously. We think that adjournment of such long period (by the High Court) is unjustified," Chief Justice SA Bobde said while hearing the appeals from the victims of last week's violence, which left 53 people dead and more than 200 injured.

"We are of the view that in the interest of justice, the cases be listed before the Chief Justice of the Delhi High Court on Friday," Justice Bobde said, ordering the High Court to take a call on all connected matters that were adjourned.

The petitioners had approached the top court after the High Court gave the police a month to provide an update on action taken against the leaders accused of inciting violence over the controversial citizenship law.

The hate speeches by BJP leaders Kapil Mishra, Parvesh Verma, Anurag Thakur and Abhay Verma were seen as having a key role in the four-day mayhem.

The petitions have also asked for probe into last week's violence by a Special Investigation Team, exemplary compensation for the victims and a panel headed by a retired judge, to examine the police lapses.

The adjournment by Delhi High Court Chief Justice DN Patel and Justice C Harishankar, came after the sudden transfer of Justice S Muralidhar, who had called for tough and prompt action against those who made the hate speeches.