"First Go Out And Vote!": AAP's Dig At Netflix Tweet On Election Day

Delhi assembly election: Polling figures remained low through the day in Delhi, picking up slightly towards the afternoon. 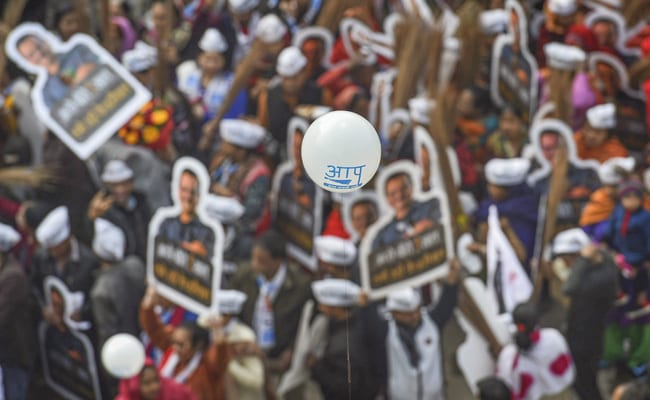 Delhi assembly polls 2020: AAP faces a stiff challenge from the BJP this time.

Amid concern over voter turnout in Delhi, there were appeals from several corners on Saturday for residents to come out and vote for the capital's assembly election.

To a tweet by video streaming platform Netflix about lazy Saturdays, Delhi's ruling Aam Aadmi Party (AAP) came out with a witty riposte.

"It's Saturday which means *naps while my favourite show plays in the background*," Netflix India tweeted.

AAP quickly responded to the tweet saying, "No!!! First go out and VOTE!"

Around 1.47 crore people in the national capital faced the choice on Saturday to elect a new government in what appeared to be was a close contest between a Arvind Kejriwal's ruling AAP and the BJP led by Prime Minister Narendra Modi.

Polling figures remained low through the day in Delhi, picking up towards the afternoon and touching 57 per cent (subject to revision) - about 10 per cent short of the corresponding figure from 2015.

Votes for the Delhi assembly election will be counted on Tuesday.