Defying Government, Tribals In Jharkhand Launch Their Own Bank

The state government has failed to contain the parallel government run by the tribal Gram Sabha in parts of Jharkhand's Khunti district. 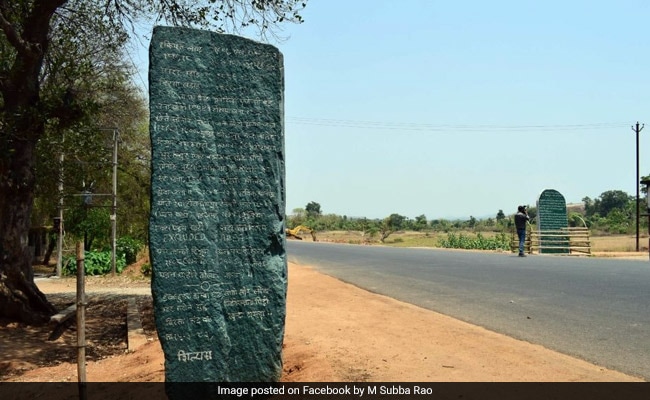 From September last, Tribals in Khunti started using Pathhalgari as a form of protest against government

Ranchi: Tribals in Jharkhand's Khunti district on Sunday defied the state rule against running a parallel administration and laid the foundation stones of the Bank of Gram Sabha, Tribal Education Board, Health Board and Defence Board.

People from several villages gathered in Udburu village under Murhu block for Pathhalgari -- an age-old tradition of tribals wherein they erect monoliths in the name of their ancestors on the borders of villages.

From September last year, the tribals in Khunti started using Pathhalgari as a form of protest against the government of India and setting up a parallel administration run by themselves.

The state government has failed to contain the parallel government run by the tribal Gram Sabha in parts of Khunti.

The tribal priest performed the traditional rituals in presence of the Gram Sabha leader Joseph Purt alias Yusuf Purty. The bank started functioning from Sunday as Purty issued bank passbooks to over 100 people.

"The Gram Sabha has done nothing wrong by opening the bank. This is for development of the tribal people," said Purty.

He said the money will come from the government's tribal sub-plan. "At this time the Indian government currency will be in circulation. In future the Gram Sabha may consider issuing its own currency notes."

Promoted
Listen to the latest songs, only on JioSaavn.com
The Bank of Gram Sabha will function like other banks, giving interest on the deposits.

The state government had in the past warned people against indulging in illegal form of Pathhalgari by bringing out advertisements in the local newspapers. A few leaders, involved in Pathhalgari, have also been arrested in the past.