Made In India Missiles Are In Demand Outside, Says Nirmala Sitharaman 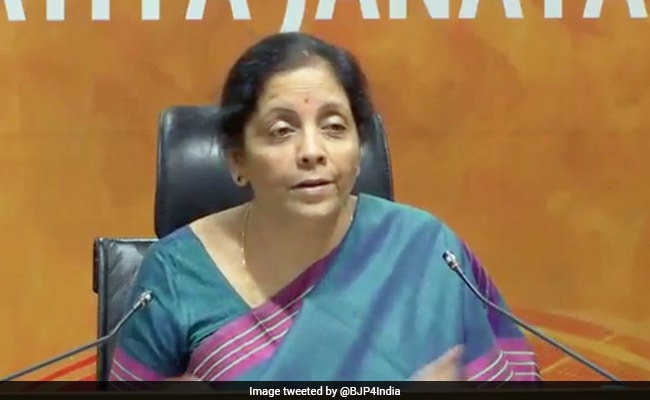 Many countries are keen to engage with India and "want to purchase" defence equipment: Nirmala Sitharaman

Defence Minister Nirmala Sitharaman on Friday claimed that several foreign countries want to acquire Indian missiles and there was an export potential of indigenously made defence products. "...Today, missiles are so sought after by many countries... I want to highlight that there exists a market outside other than the Indian armed forces," Ms Sitharaman was quoted by news agency ANI. She said that a lot of countries are keen to engage with India and "want to purchase" defence equipment.

"India has immense potential to be an exporter of different equipment. I can also say, even warship building capability is very well recognized outside. There are several countries who are saying, help us with the capacity..." said the minister, adding that a "long term plan was required to establish India as an exporter of defence products."

Speaking about Hindustan Aeronautics Limited (HAL), which was in the news over the Rafale row, Ms Sitharaman said, "Yes, you have grievances that Air Force does not pay you on time, but there are also disputes about you not supplying on time. For HAL particularly, on Tejas (missile), a lot of discussion has happened in my period. The capacity has been increased from 8 to 16 annually. Even with 16, our orders (83) are waiting before them. So, you can calculate how much time they will need," she said.

The defence minister said interactions with industry leaders are on and the priority would be to make sure that officials work together with them to ensure international standards. Ms Sitharaman said she was surprised that the country's Defence Attaches posted abroad "don't even report to the ministry" about developments in their countries of posting about new technologies and demand.

"Once posted out, they are dealing with embassies and ambassadors. What happens in that part world is coming through the Ministry of External Affairs (MEA). Why should it come through the MEA... tell me what kind of technology is being talked about," she said. Defence Attaches have now been told to directly brief her every year.

Speaking about "underutilized" allocated money, for defence procurement, going back to the consolidated fund after a certain cycle, Ms Sitharaman said, her ministry has made a "clear demand" to the Finance Ministry that once defence budget is allocated, the funds stay with the ministry for a longer span of time. Ms Sitharaman, however added that since elections are underway, to get the new system rolling, "we have to wait for the new government to come."